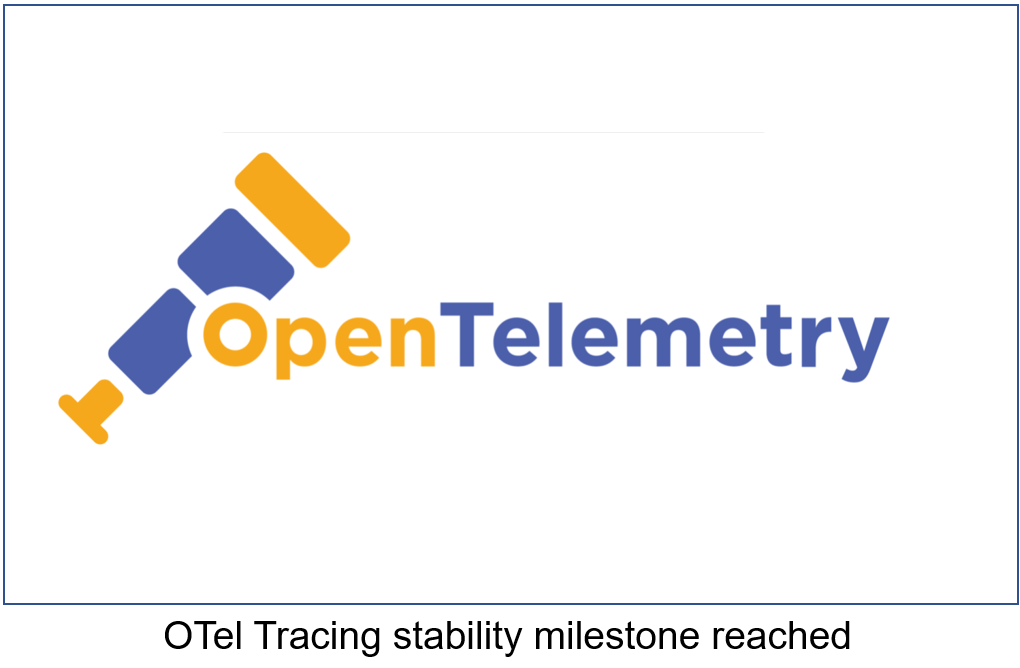 OTel Tracing A stable milestone achieved with OpenTelemetry Collector. As a result, OpenTelemetry Collector has released its first GA version. With version 0.36.0, the tracking components come with stable tracking guarantees in the OpenTelemetry Protocol (OTLP) as well as end-to-end support for collecting, processing and exporting traces. Therefore, Traces and the components that process them will have a stable API and configuration even as they continue to work to stabilize metrics and logs. Using the latest semantic conventions, the collector now provides a common set of attributes, and semantics for these attributes, ensuring that consistent metadata is available for all telemetry data.

Tracking can now be used with confidence in production thanks to this milestone for OpenTelemetry.

In other project updates, tracking support is also stable for OpenTelemetry language libraries for Java, Go, .Net, Python, and C ++. As a result, with the OpenTelemetry API / SDK, you can now train your production applications and start collecting tracking data.

What does the stability of Otel Tracing mean?

OTel Tracing is a reliable tool that you can use in manufacturing conveniently.

OpenTelemetry Index APIs Allow you to capture measurements on a computer program while running. Developers can access the operational metrics of their service by using the Metrics API, which is specifically designed to process raw metrics and generate continuous summaries of those metrics.