Breaking Down The Discord App 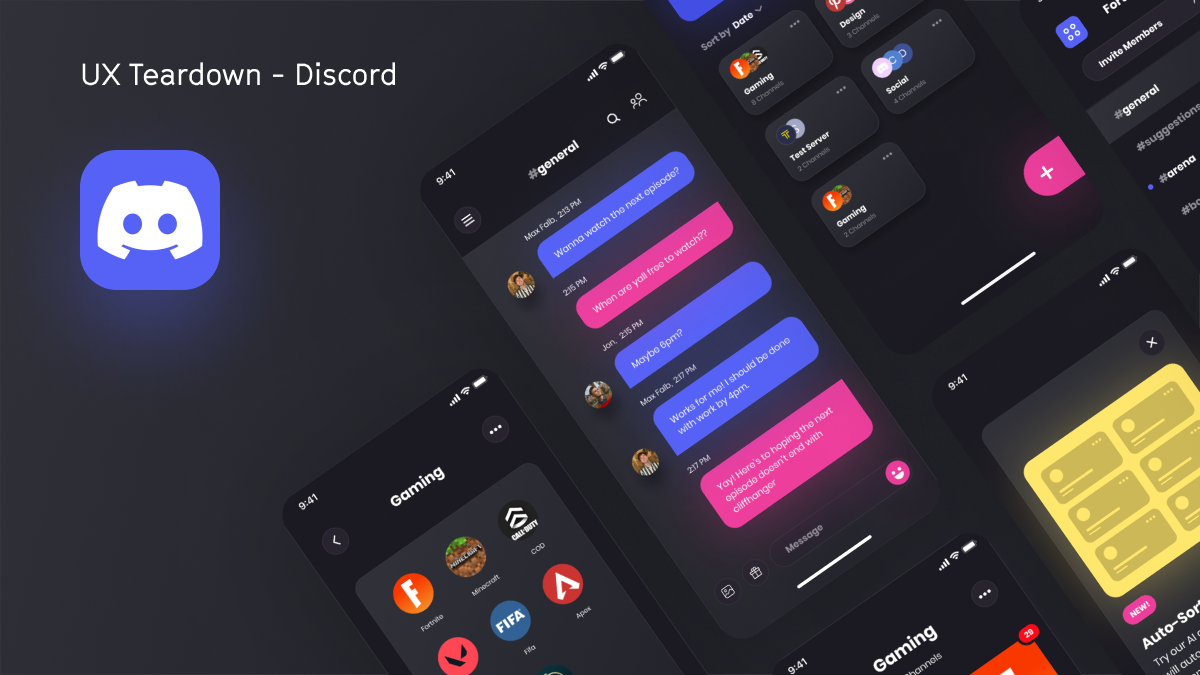 Discord is a communication platform that draws inspiration not only from Slack, Hipchat and Skype, but from early online chat platforms like IRC, Ventrilo and Teamspeak. Providing essential chat features like text, video, screen sharing and VoIP, Discord extends the core features of its predecessors, and provides customized communication to serve around custom topics and interests. Channels within the servers allow users to specify even more communication.

Discord also has a rich deep linking system that runs across games and apps. It provides a powerful ecosystem of Python plugins consisting of bots, automations, management tools and more. Microsoft was close to acquiring Discord for $ 10 billion in April 2021, but the deal fell through. Now, Discord is worth $ 15 billion!

While Discord has a traditional registration and login, if you have already logged into a mobile app and want to log in to the web / desktop platform, you just need to scan a QR code, click on one button and you are ready to go. Discord has an interface familiar to anyone who has used Slack, which saves a lot of time adapting to the platform.

We appreciate that Discord’s live chat not only allows you to talk to people, but also offers the ability to talk to several people at once. You can even name the group for easy searching later. Discord has made threading more sophisticated and functional by allowing users to name their thread, nest the thread below the channel from which it originated, and provide an inactivity expiration time until the thread is archived.

We have found it helpful to have a dedicated place to find existing Discord servers that are relevant to your interest, especially as a new user of the platform. Alternatively, if you feel more ambitious, running a server from the main interface is easy; You can start from scratch or choose a template. Providing a server name and name, as well as answering a questionnaire, provides more customization. The server is then configured with general and channel-specific management features for both chat and voice.

When viewing another user’s profile, you can take advantage of some really cool integrations that are unique to Discord. For example, if a user is streaming on Twitch, you can see not only what game a user is playing in, but for how long. You can even click a single button to see them play. Spotify, our favorite combination, lets you see which song the user is listening to, or click to listen to the song, or, our favorite feature, listen in sync with the user.

Discord has great integration for deep linking as well. This allows users to invite users directly to the game they are playing. Similar to Zoom, Discord has an in-depth URL generation system that allows external users to join not only the server, but the specific channel (or voice chat) within the given server.
In addition, the sky is the limit with Discord. A powerful bot ecosystem enables administrators and server owners to bring in new and interesting functions that are not part of Discord at the basic level.

We also love that Discord has their own version of the Clubhouse, called Stages, “a great way to engage and grow your community through easy-to-run audio events.”

While the Discord user interface is familiar to Slack users, it can still be stunning, due to the sheer number of features that come out of the box. Most of our reviews of Discord are related to the sensory overload we experience when using the app. A visual hierarchy, for example, is lacking when it comes to servers and DMs, which exist in the same area, making it difficult to distinguish between the two. It requires more visual focus and energy than we would like to spend on a communication app. It does not help that alerts, through sounds and tags, work by default for all servers and channels. It gets out of control quickly and adds to the feeling of flooding.

Folders, while serving a purpose, are not far enough away to organize the hundreds of servers a user might be dealing with. While Discord is clearly trying to help users stay organized, folders are one area they really need to focus on.

Search is another important organizational tool that we find to be powerless and inefficient. Assuming most users are part of many different servers, the search should work for everyone. The search also drops when trying to discover new servers to be a part of.

Due to the explosion of Discord’s popularity, moderation is becoming more and more of an issue all over the board. Especially on servers that have thousands of users, there are elements of Discord that feel chaotic enough to make us want to download the app, despite all the great innovations that Discord has to offer.

While Discord has provided significant improvements for threads and folders, it does not go far to exist as the solution of everything. Most often this is due to the lack of organization and the level of chaos that exists in the app. Our solutions will include a proposed folder structure, which will be especially useful for users who have hundreds of servers. Folders need to be developed in general to get a more intuitive user interface.

A clearer visual hierarchy will help differentiate information. Using basic level AI can provide helpful shortcuts as well; For example, when a user creates a new thread, why should the app not use AI to automatically create a thread header based on the existing conversation in the thread? Small details will lead a lot to making the app more user friendly.

Finally, monetization was difficult for Discord content creators. As it seems, users need to integrate a third party system like Patreon; An inelegant solution that leaves many problems unresolved. We would like to see options for creators to generate profit within the platform instead of using external systems.

Let’s talk about you