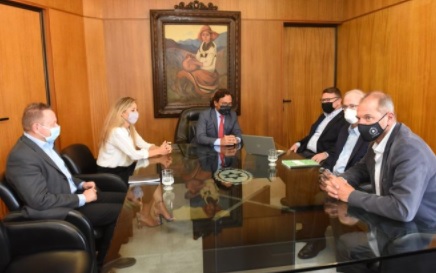 London-based Rio Tinto plans to invest US $ 100mn in the next two years in the Rincón lithium project in Salta, Argentina.

Funds are for exploration and improvements to the pilot plant already commissioned at the site.

Last year, the miner reached an agreement with Rincon Mining to acquire the project for US $ 825mn.

Earlier this week, during a meeting with Governor Gustavo Sáenz and the province’s mining secretary, Flavia Royón, Rio Tinto executives said the company plans to build a 50,000t / y lithium carbonate plant in the next 3-5 years, investing up to US $ 1bn.

“For our government, mining is a central issue, so we provide legal certainty, predictability and clear rules to invest,” Sáenz posted on social media after the meeting.

The original capex for Rincón was US $ 600mn. The project is in the feasibility stage and has an approved environmental impact study for a 25,000t / y lithium carbonate plant and fiscal stability up to 2037.

To continue reading, subscribe to BNamericas to get all the information in this article and access to related news items and reports.