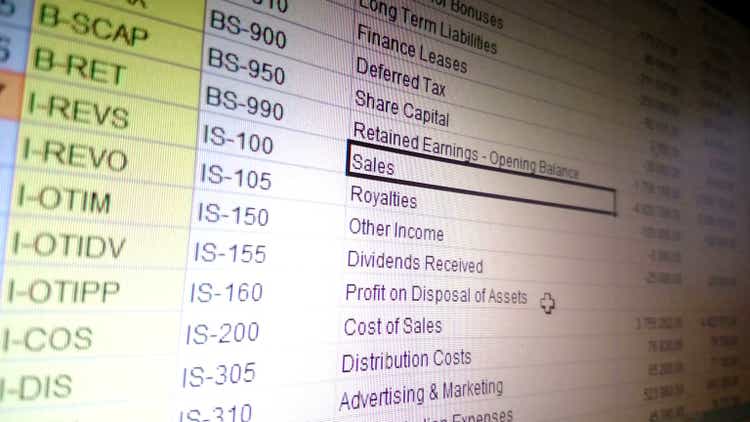 Alteryx’s (NYSE: AYX) Q4 FY12 / 2021 results highlighted an unconvincing set of key performance metrics. The Trifacta acquisition was expensive with limited impact on sales and will not be earnings accretive. We conclude that customers are not investing in the Alteryx platform for their core analytics needs. With this negative backdrop, we reiterate our Neutral rating.

Alteryx is a provider of data preparation software called Designer, sold as a packaged software on desktop PCs for individual licenses and servers for multi-users – a cloud version was released in February 2022. The product is targeted primarily at ‘citizen’ data scientists, as opposed to highly skilled analytics experts. Current CEO Mark Anderson was appointed in October 2020, replacing co-founder Dean Stoecker who was made chairman. Peers include Tableau (CRM) and Domo (DOMO).

Customers Are Unwilling To Invest In The Alteryx Platform

We remind ourselves that management has shifted focus to reducing customer contract duration from a typical 2.0 years to 1.5 years. This strategic focus on customer wins measured by annual contract value (termed ACV) is to decrease discounting, as previous examples highlighted 3-year contracts were given 20% discounts (under Alteryx Pricing Advice).

With better pricing, we should expect to see annual recurring revenue (or ARR, the annualized recurring value of all active contracts) make a noticeable shift up even without getting major new customer acquisitions. When we look at the quarterly ARR trend, the recent improvements have been marginal at 30% YoY in Q4 FY12 / 2021. This also shows that the company’s objective to get better pricing is having mixed results.

Alteryx discloses Dollar-Based Net Expansion Rate. This metric compares sales growth YoY from the same cohort of customers, thereby only showing the upgrade / downgrade behavior of existing customers (as opposed to new ones as well). Worryingly, the rate of expansion is flattening but is still in decline. This is negative as this illustrates customers are not willing to invest in the Alteryx platform for their businesses. Sadly, Alteryx does not appear to be selected as the key platform for analytics.

How could this change? One could argue that new management has managed to ‘stop the rot’ in the business and is now on the offensive to grow. Investing in the cloud and bolt-on acquisitions are a part of this process. Next, we look at the M&A strategy.

Bolting On To Hold On

Alteryx had a debt-to-equity ratio of 1.9x in FY12 / 2021. This is not an overly geared balance sheet but does highlight that it is not in a strong position to go shopping for large assets.

The Trifacta deal closed on February 7, 2022. The price was USD400 million in cash and USD75 million in restricted stock units. Although there is no disclosure of how the deal was financed, Alteryx can either go deeper into debt as well as liquidate its long-term investments to fund it. The transaction is quite large for the company, bigger than its current shareholders’ equity. Trifacta itself looks small with an ARR of approximately USD20 million (paying 23.8x price to ARR is expensive) and remains a loss-making business. The acquisitive impact on sales will start from the close date. With the difficulties Alteryx is currently experiencing, we can only conclude that Trifacta owners wanted an exit due to its poor performance or were given an irresistible offer – we believe the truth is somewhere in the middle. What this transaction highlights is that it is unlikely to be a major gamechanger.

Apart from bolt-on acquisitions, management continues to find ways to artificially increase its growth profile. From FY12 / 2022, the company is planning to recognize upfront revenue recognition for its on-premise products to be approximately 50%, up from 40% previously.

We are not sure what management’s end-game is, but it does not look like a particularly positive one if in two years’ time consensus is expecting nearly USD1 billion in sales but generating less than 4% operating margins as a software business.

On consensus estimates (please see key financials table above) the shares are trading at a 0.8% free cash flow yield for FY12 / 2023. This is not a cheap valuation and the estimated sales growth profile of 19.8% YoY is not attractive enough to justify this.

One scenario for upside risk is that Alteryx management is successful in finding a suitor. A premium to market price is inevitable when such a deal is announced.

After a year of realigning the business, the outlook could be of improving returns as customers begin to invest in the Alteryx platform as a core element of their analytic needs.

Downside risk comes from a continued decline in net expansion rates as customers choose alternative analytical solutions in the market.

With a heavy strategic emphasis on M&A to deliver growth, Alteryx could issue dilutive financing and / or potentially issue too much debt and pose a credit risk.

CEO Mark Anderson’s accomplishments to date have been limited. Although it is still early days, this competitive analytics industry is moving at a significant pace, and Alteryx’s core problem remains unaddressed – how to make the platform the go-to choice. Until we see a sustained trend of improvement in its key performance metrics, we are skeptical of the shares. We reiterate our Neutral rating.