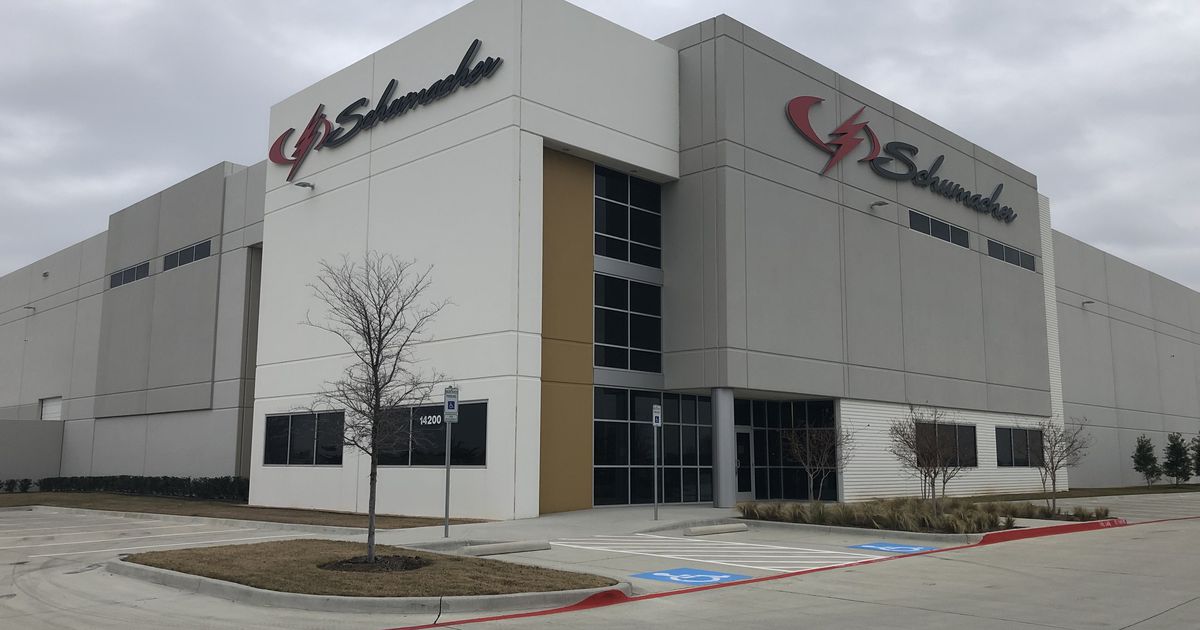 A Fort Worth-based creator of battery chargers, jump starters and electric vehicle chargers has been acquired by a private equity firm.

The sale of Schumacher Electric Corp. to Los Angeles-based private investment firm Ripple Industries LLC closed this week. The company, which moved from Chicago to Dallas-Fort Worth in 2021, had been owned by New York-based private equity firm Lincolnshire Management.

“We’ve been here a year and we’ve now convinced that it was the right move for us,” said Schumacher CEO Mickey Leech.

On an April 20 live stream, Leech told the company’s 2,000 global employees about the deal. He said the new owner solidifies Schumacher’s growth and expects the acquisition to lead to more hiring by the end of the year for design, engineering, customer service and distribution jobs.

Leech said he sees potential for tapping into the growing electric vehicle market, citing the uptick in EV ownership in the region. Dallas-Fort Worth Clean Cities estimates there are 44,250 electric vehicles in North Texas.

Schumacher Electric, established in 1947, signed a lease for 30,000 square feet of office space and a 300,000-square-foot distribution center in 2018 near Dallas-Fort Worth International Airport. But it spent time renovating it.

It was one of 24 headquarters relocations to North Texas last year, according to tracking compiled by YTexasa business network for companies moving to or expanding in the state.

The Schumacher name is closely associated with the National Hot Rod Association. Drag racing pioneer Don Schumacher, who won five NHRA national events from 1970 to 1973, retired from the sport in 1974 to develop his family business. He returned in 1998 as team owner of a top fuel dragster driven by his son.