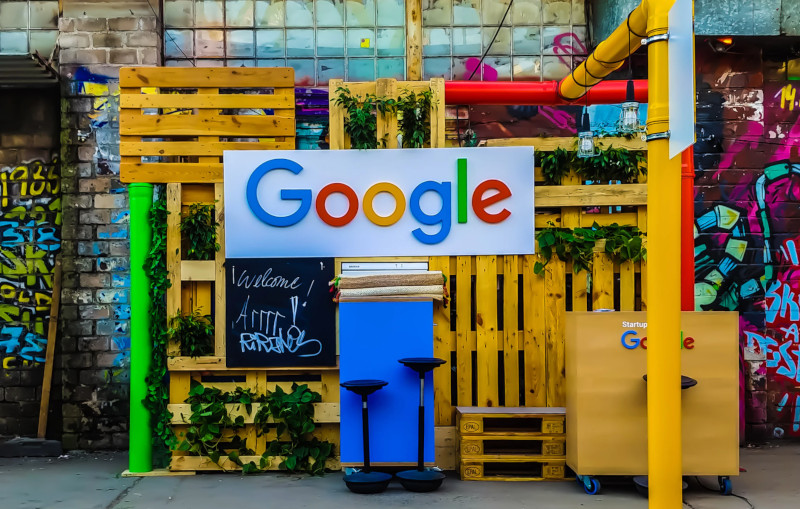 Who would not want to become a coder at Google? It’s one of the most recognizable brands in the entire world and almost 25% of all network traffic in North America travels through Google’s servers.

How do you land a position with such a prestigious company? How does one become a coder at Google? Let’s look at what you need to know to get that dream job. If you’re interested in becoming a coder at Google, a coding bootcamp at Coding Dojo might be your next step.

Get to grips with Google’s history

Google started its life as a simple search engine in 1998 and was founded by Larry Page and Sergey Brin. But it did not stop there. It has expanded into email, software, hardware, web services and has even branched out into being an internet service provider. It became so big it now lives under the umbrella company Alphabet, just to tidy up all the different divisions.

According to the Fortune Global 500 in 2019, Alphabet is the 15th largest business in the world with a revenue of over $ 160 billion. And they have over 127,000 employees. So there’s a good chance one of them could be you.

The United States dominates, but there’s a chance elsewhere

A huge number of Google’s jobs are software engineering. It’s hard to tell a precise number because they have a lot of jobs that overlap the boundaries between roles. But it seems that in November they were advertising for around 1,500 jobs and nearly half of these were in some way related to software engineering.

So it would seem a huge number of the jobs available at Google are in software engineering. Quite a bit more than we would see in most other companies.

This is especially important to keep in mind when we look at where those jobs are. We can not see exactly how many software development jobs there are in each city, but we can see how many total positions there are. So let’s take a look at which cities have the most open positions. 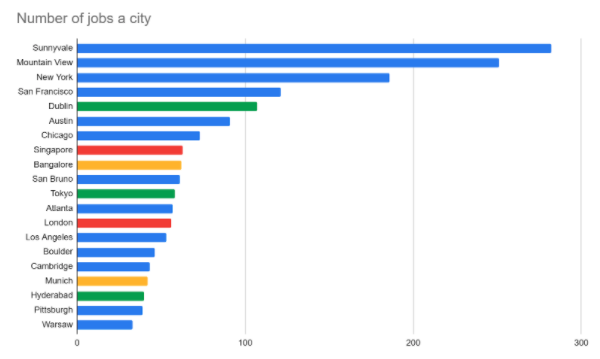 As you can see, most of their open roles are in the United States. And it’s no surprise that the cities with their big headquarters, like San Francisco, Dublin and Singapore have the majority of the roles.

Even so, it’s worth noting that there’s a healthy spread across the rest of the world. This is quite a surprise when you compare Google to other big tech conglomerates. The fact that they do not neglect any particular country is good news if you want to move outside of the United States.

It’s worth noting that these numbers are likely to change. But hopefully, they give you a good idea which cities are in demand. Perhaps there’s a place you never considered before or a place currently lacking in software engineers. If so, maybe you can fill that gap.

They do not really advertise remote working

Apart from the fact that Google has said that everyone will work from home until June 30 2021 because of the pandemic, we have not seen any news saying whether or not they’re considering making working from home a regular thing. And when you use Google’s career page, you can not search by remote location. So we assume this is not something they want to encourage.

What big trends is Google looking at?

A glance through their job adverts shows a few common paragraphs and phrases. Particularly, we noticed that a lot of positions said:

“We are looking for engineers who bring fresh ideas from all areas, including information retrieval, distributed computing, large-scale system design, networking and data storage, security, artificial intelligence, natural language processing, UI design and mobile; the list goes on and is growing every day. ”

It’s no surprise that most of these trends are on the cutting edge of new technology. But it seems that they also want a good understanding of the core theory, for example how to keep your programs secure.

When you get to your technical interview, it’d be wise to bone up on the basics as well as the more advanced trends.

What skills will you need to become a coder at Google?

We saw some regular languages ​​and skills cropping up in the job descriptions. The three languages ​​that seemed to be in every advert were:

And it’ll come as no surprise that they want people familiar with their Android operating system for quite a lot of their roles.

A degree or ‘equivalent practical experience’

If you do not have a Bachelor’s degree, you’ll need to prove your knowledge some other way. The keyword here seems to be ‘practical.’ We’re sure that if you can prove you’ve created a few successful Android apps, you should be able to get past their technical interview.

Saying that, it’s always worth making sure you understand the basic theory and background. One surefire way to get this is to get other programming jobs and show that you’ve worked somewhere a long time.

If you want to become a coder at Google and find out everything about the process, you should visit their careers page. But they do mention that there are five ways they might make sure you’re the right fit:

It’s very likely that for a programming job, you’ll need to do some sort of coding project. So make sure you give yourself ample time to complete that without rushing.

The most important thing is to prepare for technical interviews. You might need to answer questions around: data structures, algorithms, and specific aspects of the programming language you’re being tested on. If you really want to become a coder at Google, give yourself time to get up to speed before you head into those conversations.

There are loads of ways to get practical programming experience. For example, you can join one of our 14-week bootcamps. You’ll get hands-on training on real projects and learn three full stacks. If you’re interested in becoming a software developer, check out our curriculum.

What Is Kotlin and Why Use It In Programming?