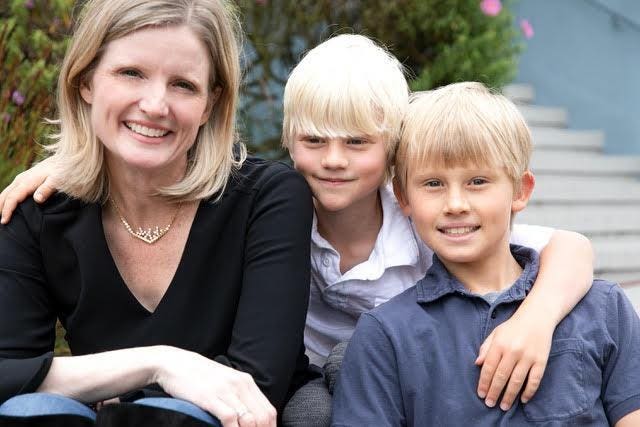 Erin Flynn Fine Jewelry was an idea that began percolating more than 20 years ago as a side hustle. A story familiar to many women, it was a passion project that came second to Flynn’s day job and family. And when she took on a demanding new position in finance, practicality won out over passion.

Then, after a decade in mergers and acquisitions and in her 40s, Flynn faced a divorce with two young boys to support. At the same time, she felt a pull towards her old passion for making jewelry. Late at night when her boys were asleep and she should also be getting some much-needed rest, hours slipped by as she sketched out new designs.

She realized it was time to flip the narrative: she would choose passion over practicality. It was time to make jewelry her-full time hustle.

“I really missed that creative outlet, and I wanted to redesign my life from the ground up,” Flynn says. “There comes a point in life where you do not want to do things just because it’s what you’ve been doing. And I wanted to show my kids that it’s important to follow dreams and to go after things that feel right. Life is not just about chasing money or status or career. ”

She left M&A and eventually launched Erin Flynn Jewelry. But success did not come at a fairytale pace, and she did not expect it to. She applied for a job on the sales floor at Tiffany’s to learn everything she could about the art and business fine jewelry.

“My whole idea was, if I’m going to do this I want to be one of the top designers in the industry,” Flynn says. “I always have a very longterm approach to things. I want to do things right. ”So she spent a year meeting customers, learning how and why they buy. And she loved it. Her biggest lessons from the sales floor?

“Don’t make assumptions about people,” Flynn says. “If you speak to people genuinely instead of trying to sell, it’s never taken the wrong way and it feels good. When it becomes transactional, it breaks down. ”

She also spent that year pouring over magazines, tearing out inspiration, and working on sketches. She took classes to learn CAD and started creating 3D designs, having them printed plastic to see them at scale.

Some aspects of the business came naturally, she says. “I’m from Tucson where one of the largest gem shows happens annually. I’ve been going to that for 20 years, so getting the right contacts has been easier. ”

Then in 2021, she finally launched Erin Flynn Fine Jewelry with a three collections as well as an instantly popular custom design option, a favorite among customers with heirloom jewelry they’d like to reimagine. Customization is one of her favorite design challenges.

“Heirloom pieces are rarely in the style you would like, so it sits in your drawer or your safe and does not get worn,” Flynn says. “I believe that jewelry should be worn, even it’s fancy. If it’s just sitting in your safe and you’re wearing it once a year or once every five years, it’s not really bringing you any joy. ”

Some clients come in knowing how they’d like the piece reworked. For others, she’ll send a variety of designs to choose from. “If people do not have any idea what they want, that’s fine,” Flynn says.

When it comes to her collection, her goal was to reimagine traditional designs in unexpected ways. A standout piece is the Champagne Bubbles necklace, one of Flynn’s favorites because, much like her life path, it turns traditional assumptions on their heads.

“Usually diamonds on a necklace are hanging down. But I like the idea of ​​the diamonds going up, which is why it’s called champagne bubbles, ”Flynn says.

Her Happy Life gemstone ring was inspired by the shift to working from home during the pandemic, she explains. “Rings are one of the only pieces of jewelry you yourself can see all the time, without a mirror.” Small stones sprinkle each side of a large gemstone, representing three phases of life: the childhood phase of learning, adulthood and chasing dreams, and the later part of life when we perhaps give back and help others. All of the stones are customizable.

Her boys are now 12 and 9, and she could not be happier with her decision to ditch finance and follow her dream of building a fine jewelry business.

“I love to involve the boys,” Flynn says. “I feel like this is what I’m meant to do. It’s been a long journey but I have not looked back. ”