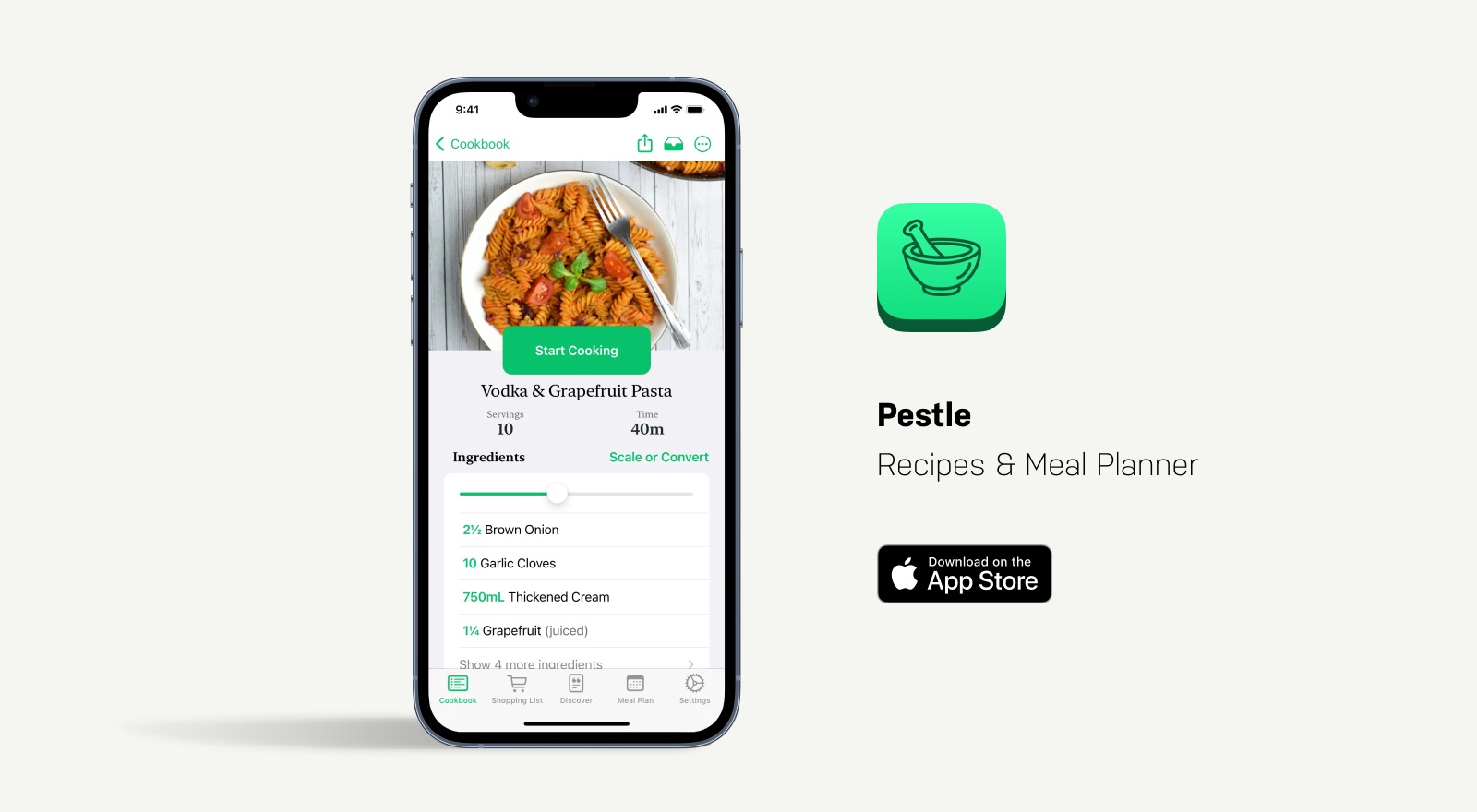 Ready for a short story time? The past several years I’ve been relying on an app called Paprika for storing all my recipes. It’s a great app! But what had started to turn me off was the lack of feature updates recently and that it was an additional $ 20 purchase to use it on my Mac. What sold me on Paprika was its ability to save recipes. Using the Share Sheet, you could save any recipe from online into the app in a single tap. It was wonderful! Now, I’ve stumbled upon Pestle which replicates this key feature from Paprika and much more.

That app is simple and clean, presenting your cookbook once you open the app. You can use the universal search to filter by ingredient, receipt, cousin, meal, and more. Or you can jump into any recent recipe you’ve added.

When cooking, Pestle helps you the entire way. When you find a recipe online, it can be quickly saved to Pestle. Then Pestle will take your chosen recipe and create a smart shopping list with the ingredients you need. As you prepare to cook, Pestle helps you convert units and scale the recipe to make more or less. Finally, as you cook, you can control the app hands-free so you do not get your phone screen messy by tapping it. 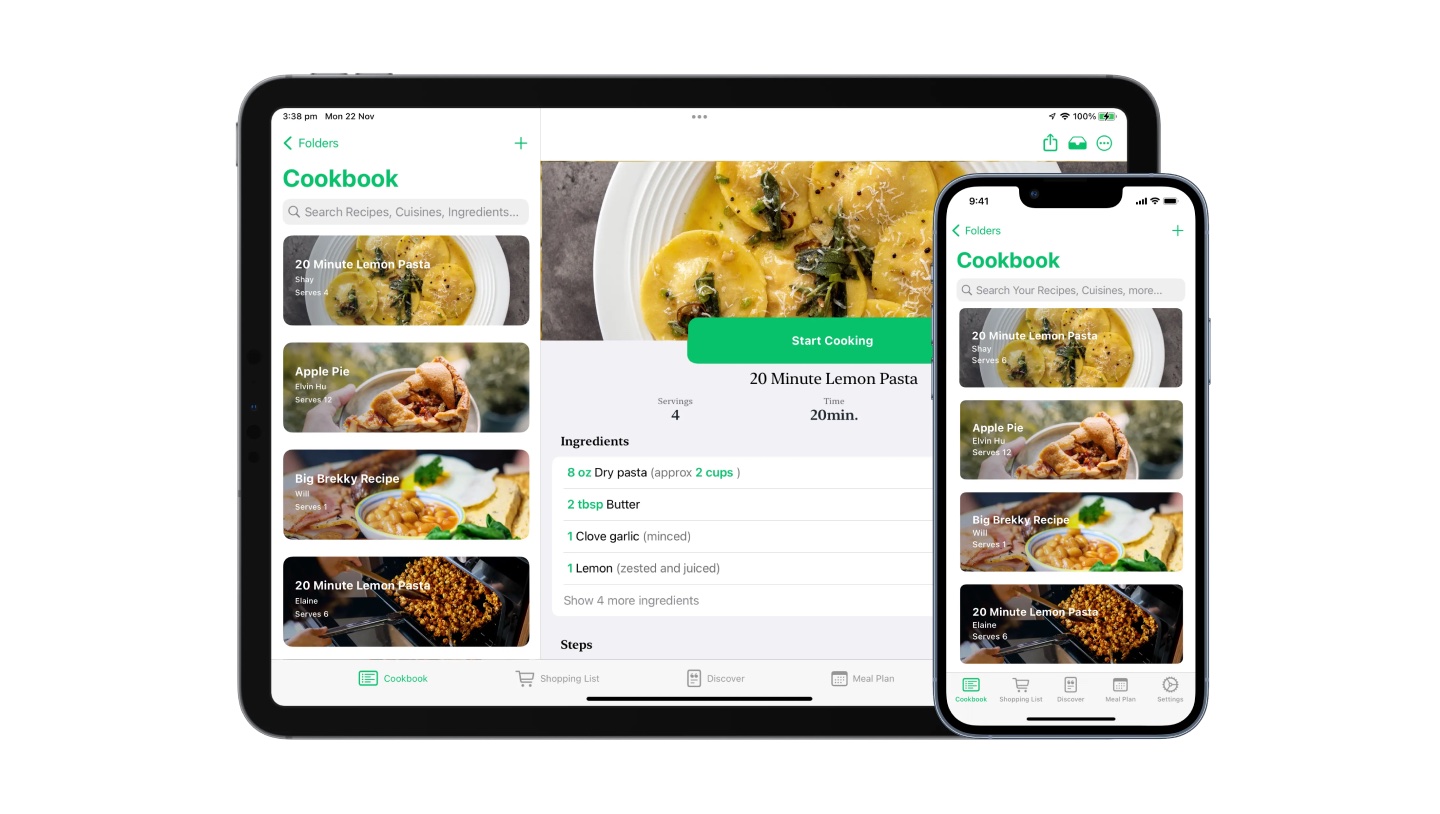 As I alluded, Pestle has been increasingly updated with new features. Version 1.1 of Pestle has a newly-revamped recipe editor, the ability to insert video URLs, Quick Note support, and a new photo scanning feature. With the photo feature, you can use the camera to scan your written recipes and the optical character recognition (OCR) will pull them into the app.

Assuming it can read your great grandmother’s handwriting. Quick Note support lets you access a note from anywhere in the app by dragging from the lower-right corner. This will then create a shortcut directly into that recipe within the app. This app takes advantage of a ton of native iOS features that often go overlooked. I just mentioned support for the Share Sheet, Quick Note, and OCR but that’s just the start. It supports Handoff between your iPhone and iPad, plus the ability to sync cookbook’s with iCloud. My favorite option is SharePlay. You can hop on a FaceTime call with friends or family and cook your favorite recipe together at the same time. It’s beyond cool and an awesome feature to add to a recipe app.

If you save a lot of recipes, Pestle has been the best app I’ve found to help me manage them. It looks great, works with a ton of native abilities, and nails what it sets out to do. I’m very excited to see what the app adds in the future, especially as Apple adds new features to iOS itself.