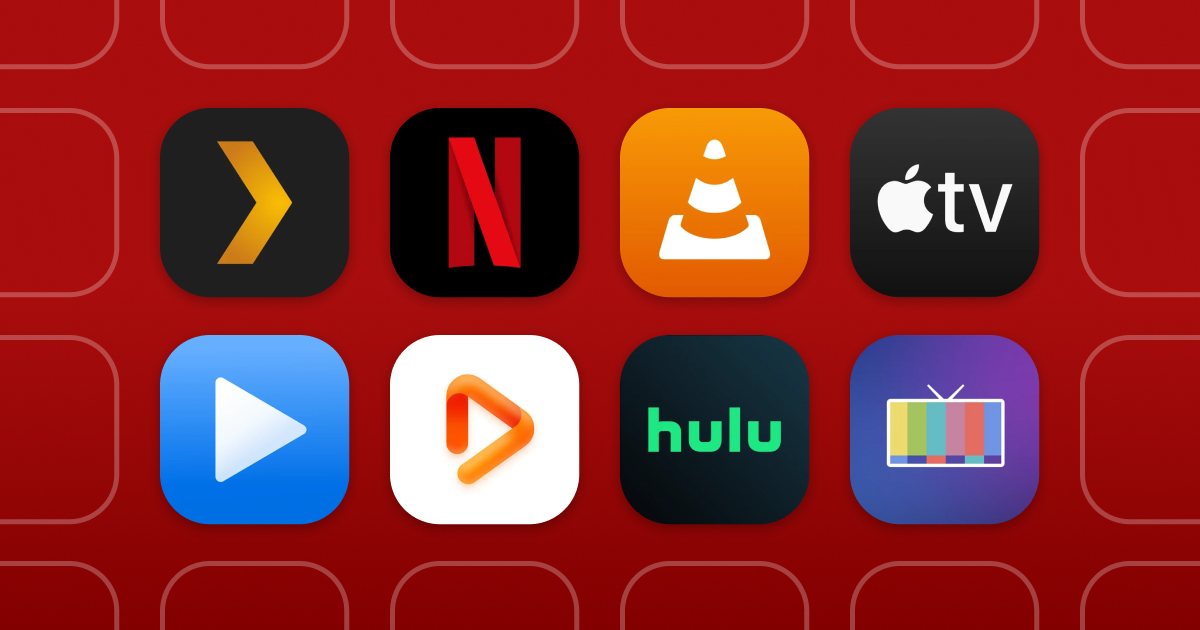 In today’s world, video streaming is an essential requirement. The definition of entertainment in this modern era has completely changed. Now you do not have to sit in front of the TV all day long. All your video streaming apps, whether free or paid, need a good internet connection to enjoy watching your favorite shows. We have put together our list of these top 8 video streaming apps for the iPad and iPhone to make your life easier.

Plex
Stream Your Own Media

Where do I start with Plex? It used to be a home media server – still is – but now it does so much more than that.

If I do just start talking about the media server aspect, it would easily be enough to make it on the list. Years ago, I’d ripped all my DVDs to my Mac so that I could stream them to my various devices. I could lay in bed and stream videos to my iPhone, watch them on my iPad while on vacation, and watch on my Apple TV in the living room. These days, it’s just as easy to install Plex on my home’s Synology NAS – no Mac needed.

Plex will automatically, just based on a file name, add all the meta data you need for a gorgeous-looking library. It will pull down the title, release date, movie poster, cast, and plenty more. The intuitive interface lets you dig into all of that, like tapping an actor’s name and see what else they’ve been in.

As Plex has continued to look at how it could build a name for itself, it has added an incredible amount of standout features. Very recently it got its own version of a universal search. You can search for a movie or TV show and see exactly where it is streaming, including all of the apps outside of Plex. Plex has live TV now too with over 250 channels you’re easily going to find something worth watching. 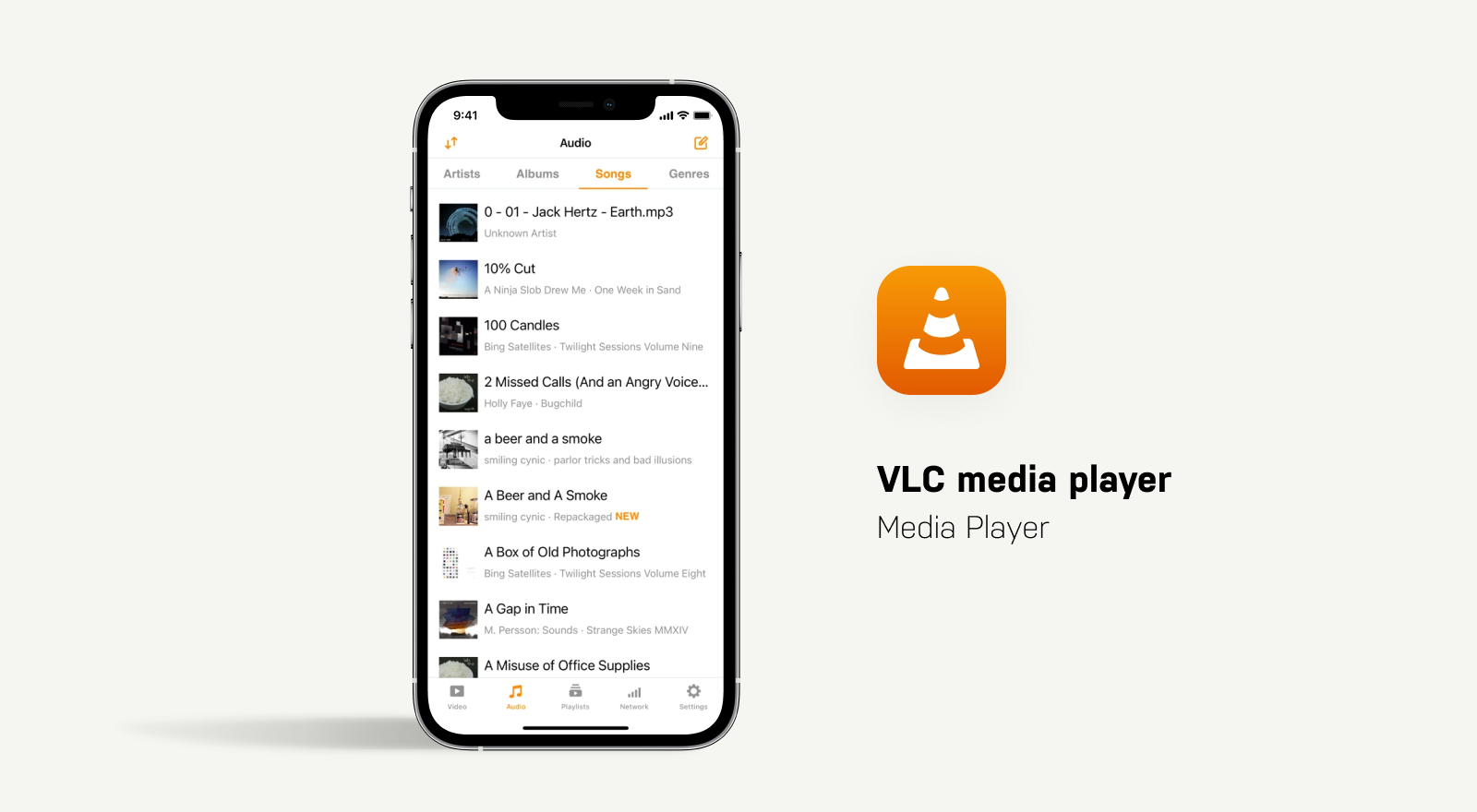 Anyone who has tried to watch a video on their Mac or PC has likely had to turn to VLC. This free app has been the go-to choice for playing back video for years. Many do not know, however, that it is also available on mobile.

VLC is on both iPhone and iPad with many of the features found on the desktop. You can open video files from any source. There are plenty of cloud services built in such as Google Drive or Dropbox or you can use Apple’s native Files app. That means you can drop a file in on your Mac to iCloud Drive, then open it on your iPad or iPhone – even if in an odd MKV file format. With iPad, you can connect a common USB-C flash drive and access file from it.

Files can be saved in VLC and organized as you need. This makes it a personal on-device library for your content. As a universal player, VLC has its own playback interface too, which is particularly unique. It has loads of useful features such as the ability to lock the orientation, quickly toggle closed captions, and access the file’s chapters. 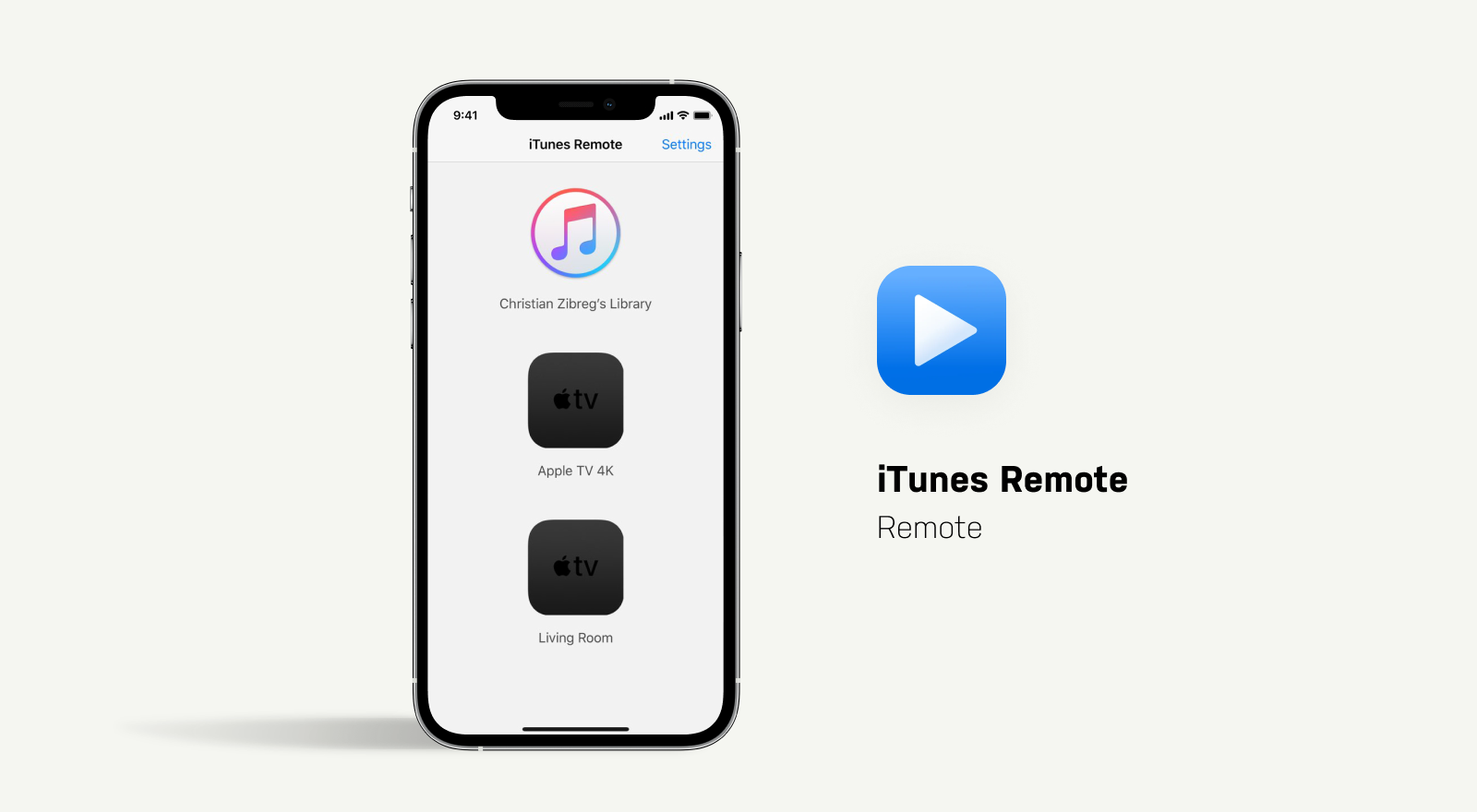 Remote
Control your Apple TV without a physical remote

I’ve heard a lot of people hate on the Apple TV Siri Remote but honestly, I always liked it. But even in my own household, my wife prefers not to use it. Instead, she uses Apple’s Remote app that’s bundled with every iPhone and iPad.

Not everyone has an Apple TV, but those that do, should really give the Remote app a try. It used to be a standalone app but Apple has now relocated it directly into Control Center. You can choose from any Apple TV or HomeKit-enabled TV.

If I choose my living room TV, I can turn it off, change inputs, adjust volume, and more without needing the Sony remote. For all the Apple TVs, you can do more. When using the remote, your iPhone’s volume buttons will control your Apple TV’s volume. Similarly, when in the remote the side button will act as the Siri trigger.

Most of the remote’s interface is a large gesture-driven trackpad for swiping and navigating your Apple TV’s interface. You can turn the Apple TV off, jump forward or backwards, open closed captions, launch the TV app, and change chapters. There’s more functionality in the Siri Remote app is more capable and full-featured than the hardware remote. Plus, you do not have to worry about losing it in the couch cushions. 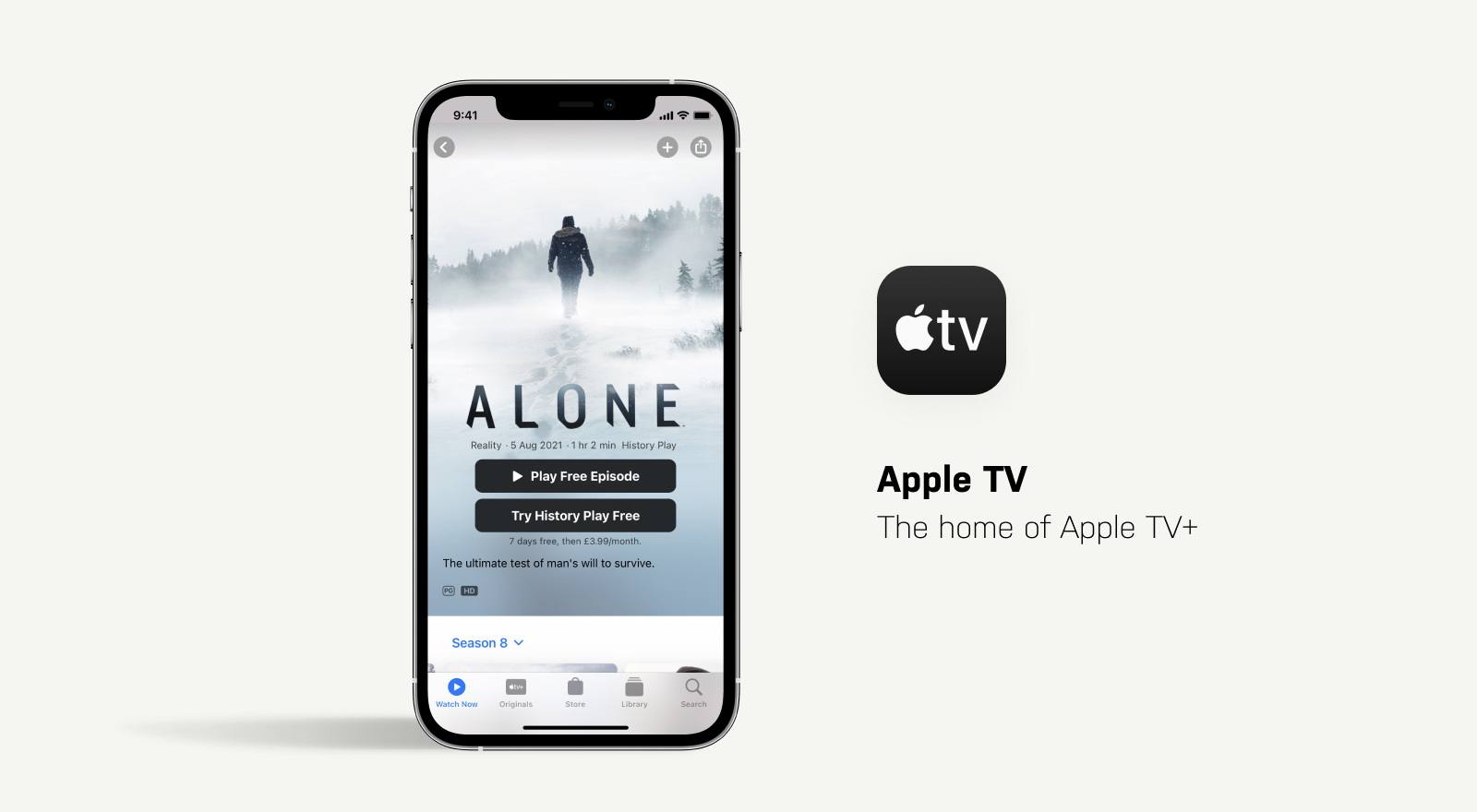 Apple has its own streaming service, Apple TV +, but the Apple TV app has much more going for it. A whole tab is dedicated to Apple TV + but you can also subscribe to third-party Channels, buy or rent content, and stream your own purchased media library.

My favorite feature is that it acts as a central hub to all of your different streaming services outside the Apple TV app. You connect the various apps and your watch list will show in the Apple TV app. Every day I launch the app, I see what I have yet to watch, including new episode from Hulu, Peacock, HBO Max, Showtime, Paramount +, ESPN, and more. I no longer have to jump into each app to see what I was previously watching, it’s all in one place.

Plus, since this is Apple’s app, it sync to all my devices. I have the Apple TV app on my iPhone, Apple TV, Mac, and iPad. If I watch someone my laptop, it’s reflected and updated on my TV. The only downside is that Netflix refuses to participate… drat. 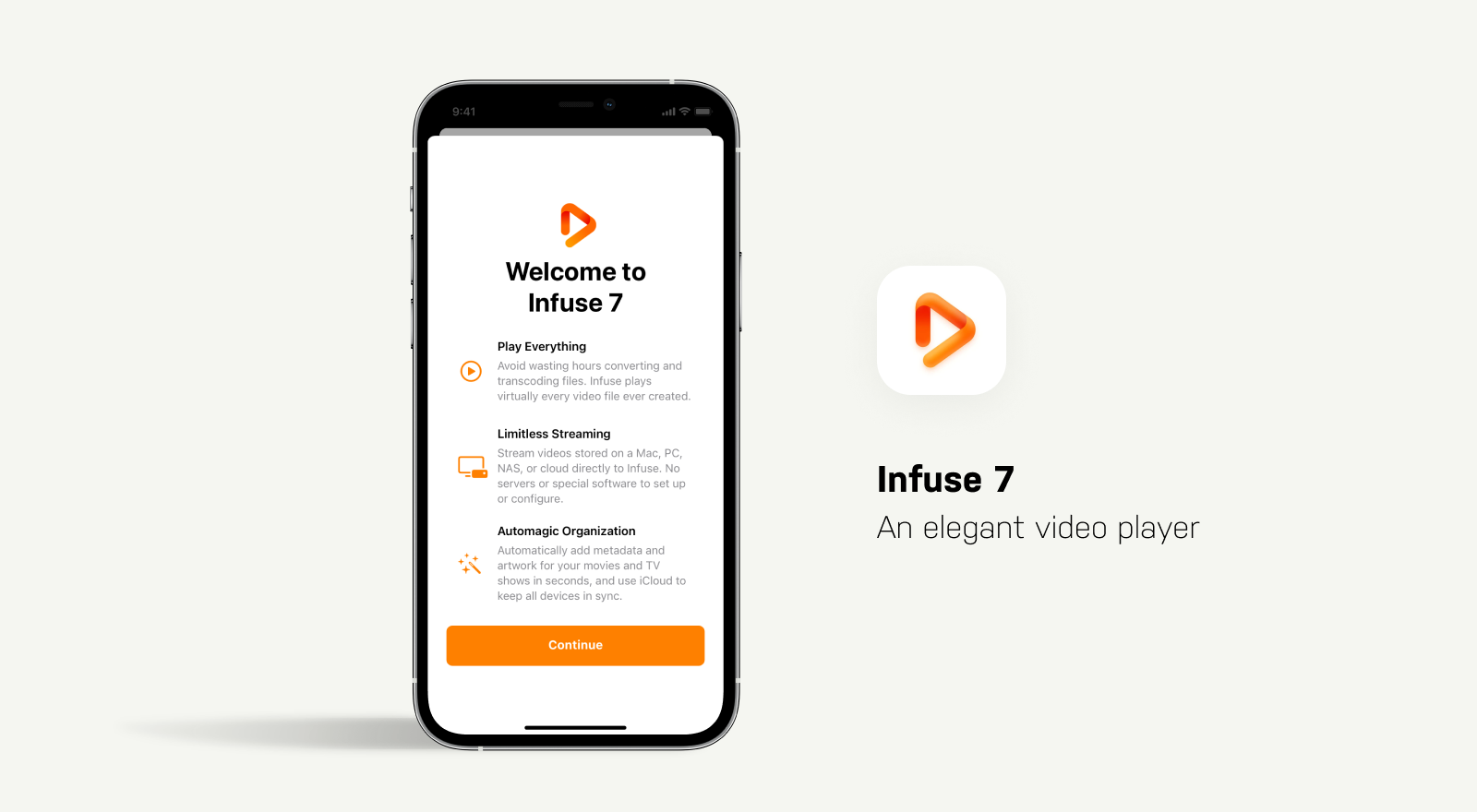 Infuse 7
A video player as good as Apple’s

As much as I love VLC and its reliability, it’s hard not to recommend Infuse. Infuse can play a variety of formats as well on iPhone and iPad but it does so with a much more modern UI. It’s clean and bright and so good it looks as if Apple designed it itself.

Not only will Infuse play almost any format of content, it can play from pretty much anywhere. Videos can be opened directly from a URL, from the Files app, from a local Plex server, from cloud services (Dropbox, Google Drive, OneDrive, Box), or local services such as a Mac or NAS.

Compared to VLC, Infuse is a paid app which explains why it comes off as more polished. With a pro subscription, you get access to more features. Pro users can enjoy Dolby Digital Plus and DTS-HD mobile surround sound. They also get the ability to sync libraries, settings, and watch lists across multiple devices.

If you want a free app, check out VLC. If you want something a bit more polished and fullfeatured and do not mind paying, then absolutely give Infuse a try. 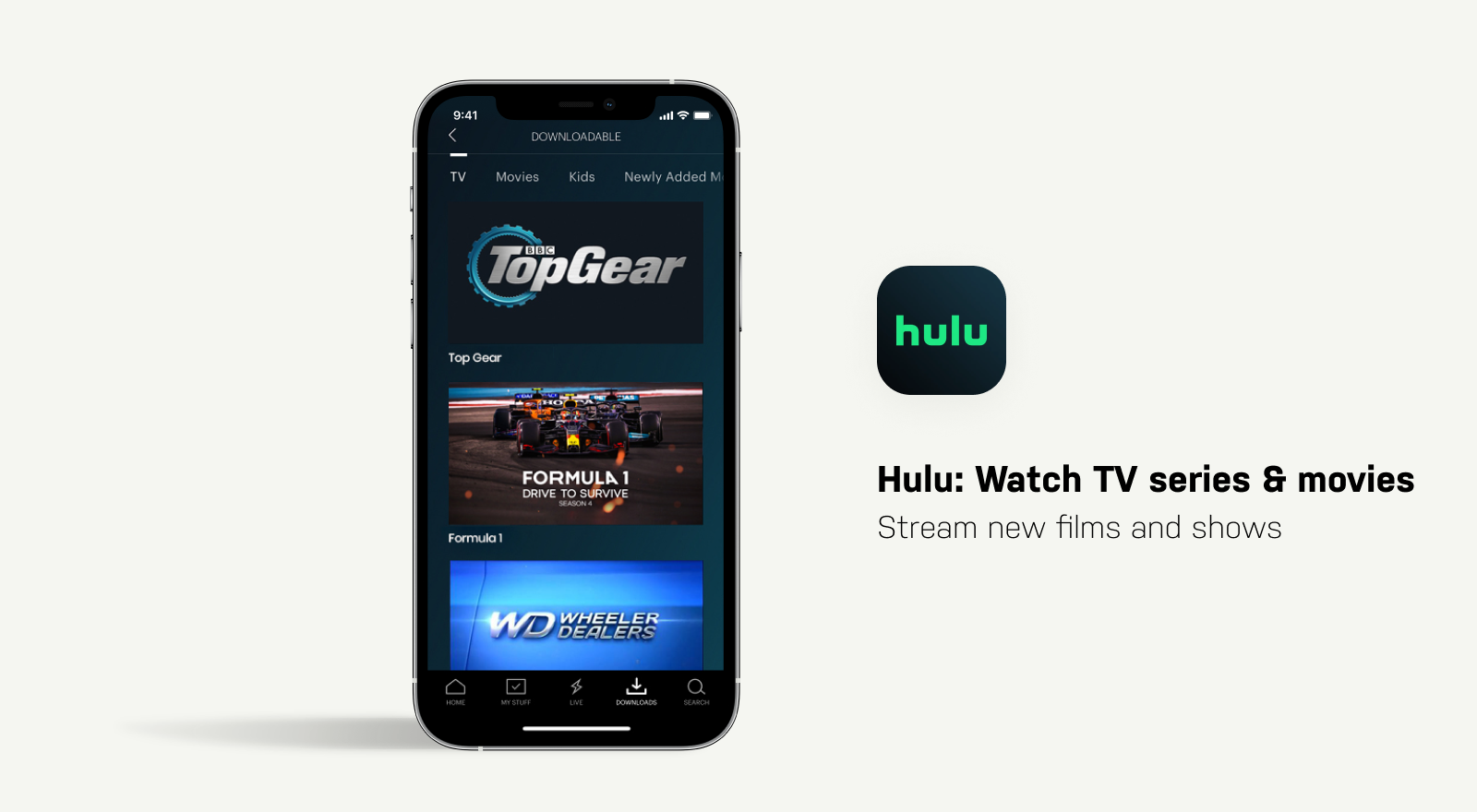 I’ve always had a soft spot for Hulu and I still think it is very unique. More have joined its ranks, offering both live TV and on-demand content, but Hulu still does it best. With Disney taking the reins, Hulu has only grown its subscriber base.

Hulu plays nice with Apple, supporting AirPlay and the Apple TV app. It was also quick to adopt Apple’s system-wide changes such as the revamped video player. Siri can open videos directly in Hulu and you can use the handy voice search options on Apple TV.

Users have plenty of options with Hulu where they can opt to subscribe just for on demand content or they can add live TV with DVR capabilities. With so much going on, it can be overwhelming. Hulu has worked on making things easy to use with a redesign that rolled out to all platforms in 2021. Hulu is not for everyone, but it is the most capable of all the streaming services if you want current content.

Channels
Watch over-the-air TV on all your devices

All of these streaming services… woof. You always have to pay out the nose for monthly fees or you have to own the content yourself. Few help you take advantage of what is out there and free to use. Fortunately, that’s exactly how Channels can help.

Channels is an incredible app that pairs with the HD HomeRun. This is a piece of hardware you have to buy that connects to any common OTA television antenna – one you may already have! It then takes that digital OTA television signal and puts it onto your Apple TV, iPad, iPhone, and Mac.

The first time I used Channels I thought it was magic. It had taken this outdated method of watching TV and made it current. It’s modern interface rivals that of Hulu but it’s all with standard broadcast TV. With broadcast, you do not usually get these options.

If you really get into Channels, you can use it as a DVR. It can automatically record OTA broadcast TV and save it to a local drive on your network. Remember Plex? Plex can also access this repository of recorded video too. Do not you love when your hardware and various software all works together? 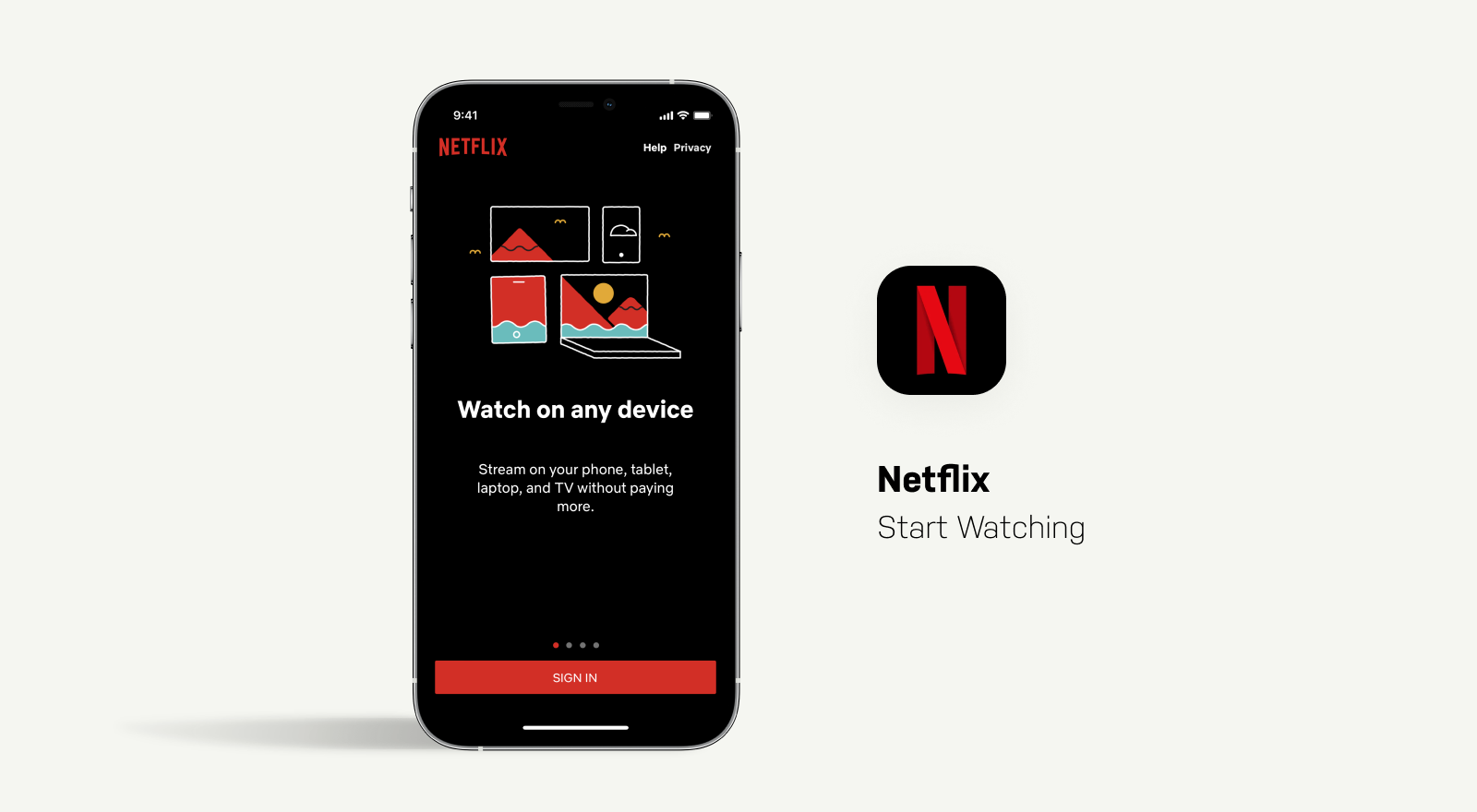 Netflix
The OG of streaming services

I personally like we’ve passed the peak of streaming services. Every network under the sun has had its chance to launch a streaming service and they’ve finally started to fold. Quibi made headlines when it went belly up and recently CNN shuttered CNN + days into its launch. Despite a weak quarterly earnings, Netflix has continued to be the largest and most universally- subscribed to streaming service. I can not put together a list of video apps and not give Netflix a mention.

Netflix has a massive content library, continuously made up of original content. Compared to the likes of Fox, Paramount, and NBC’s Peacock, Netflix does not have a decades-old broadcast library of content to pull from. There’s incredible shows like Ozark and Arrested Development plus some crazy reality shows that I can not stop watching like Is it Cake.

Recently, Netflix has introduced a few changes that make a better citizen on Apple’s platforms. Its Apple TV app for example was updated to take advantage of Apple’s improved video player. It also has a random episode mode that will take the work out of finding something to watch by automatically starting an episode of something it will this you’ll like.

LET’S TALK ABOUT YOU

How to Search for File Types on Google ?

Pestle Is the Recipe App Made For Today