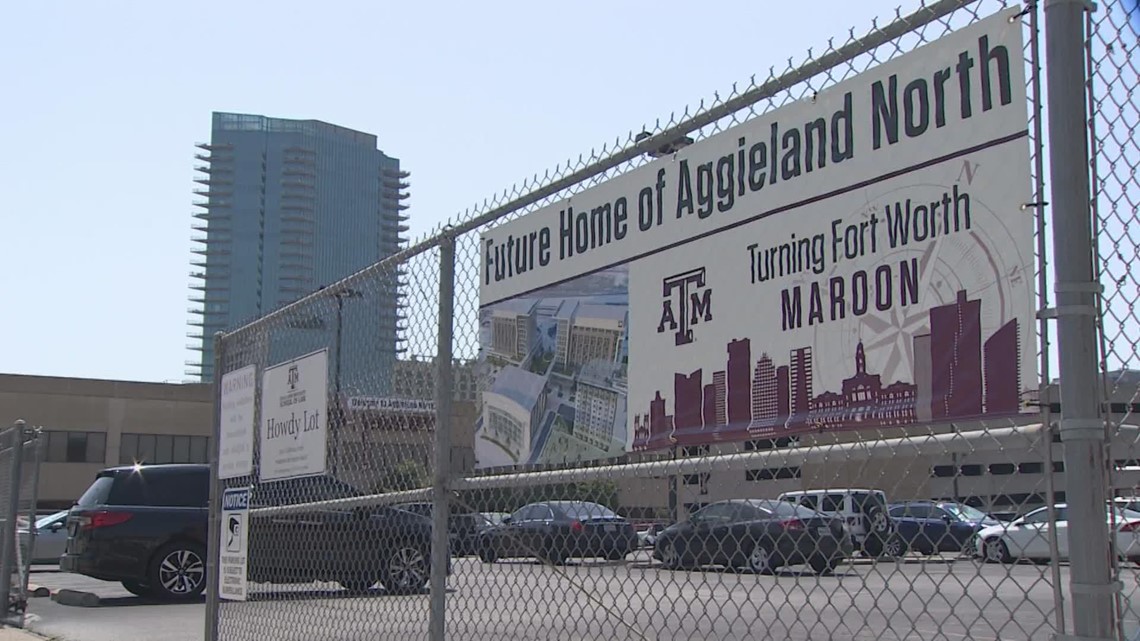 A vote by the University Board of Regents approved several projects, including the first two buildings for an urban research campus in downtown Fort Worth.

FORT WORTH, Texas – Part of downtown Fort Worth is about to grow big.

City leaders reached out to Texas A&M University about a partnership that’s making Cowtown the talk of the country.

The Texas A&M University Board of Regents voted to approve a $ 1.5 billion investment in Fort Worth.

The vote approves several projects, including the first two buildings for an urban research campus downtown.

John Goff, who co-chairs the city program called Fort Worth Now, calls it their biggest undertaking that will also attract business.

Goff said, “I think many corporations will relocate because of having a major Tier One research university like A&M here in the city limits.”

“It’s an incredibly exciting time for Fort Worth and all of Tarrant County,” said Besty Price, who was serving as mayor when the city talks with Texas A&M started more than a year ago. Price has two children who graduated from university and a grandchild who is an Aggie, as well.

Parker said, “This partnership is truly transformational for our city, not only for higher education, but we also understand the workforce opportunities that exist today and in growth.”

Parker calls the vote and partnership one of her “go” moments which stems from her campaign slogan while running for mayor. She is in charge of one of the fastest-growing cities in the country, which comes with growing pains and challenges.

So, city program organizations like Fort Worth Now are priceless when it comes to city development, investments, education expansion and growth.

“I think this is the most single impactful thing to Fort Worth that will occur this entire century,” said Goff.

Tarrant County Judge Glen Whitley will retire by the time construction crews break ground for the project. Whitley played a pivotal role in helping sell the investment to university board members.

Texas A&M University Systems has other big projects underway as part of its capital growth plan that will also be a benefit to Fort Worth and Tarrant County.

Texas A&M University operates with a $ 9.6 billion budget and it’s one of the largest higher-education systems in the country.