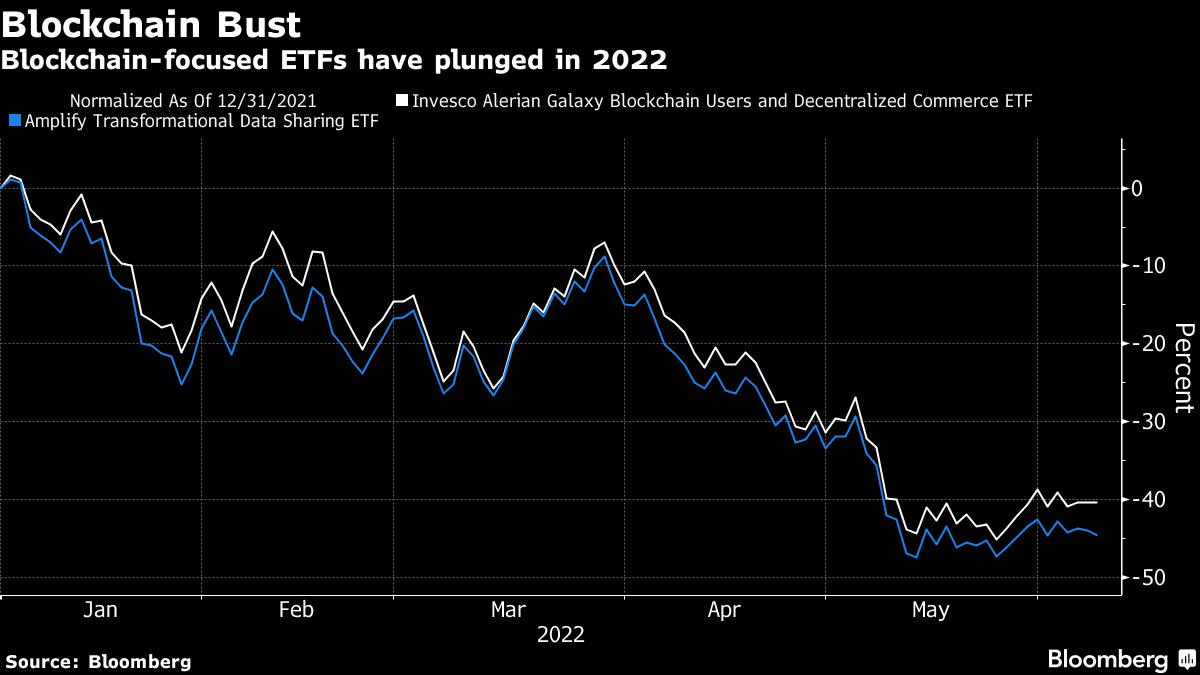 (Bloomberg) – Investing in the future of the crypto industry does not need to require buying digital currencies, according to a PGIM executive.

Most Read from Bloomberg

Investors should focus on the so-called picks and shovels of the crypto arena, who are helping to build out the industry’s infrastructure, Taimur Hyat, PGIM chief operating officer, said. While speculative traders may be able to turn a quick profit, there’s not a long-term case for buying actual cryptocurrencies, which Hyat says are highly correlated with equities and offer no portfolio diversification benefits.

“There’s a bit of a misconception that if you believe in the crypto ecosystem, you have to invest in a cryptocurrency,” Hyat, who oversees operations at the $ 1.4 trillion asset manager, said on Bloomberg’s “QuickTake Stock” broadcast. “We do see value in some of the incidental innovation that happened in the creation of these currencies, where you do not need to go into the currency itself. But you can invest in blockchain, particularly private-permission blockchains and all the infrastructure around them. You can invest in smart contracts and the companies using smart contracts. ”

Exchange-traded funds that seek to capture those themes are deeply underwater. The Invesco Alerian Galaxy Blockchain Users and Decentralized Commerce ETF (ticker BLKC), which tracks firms engaged in blockchain technology that aren’t necessarily tied to cryptocurrency, has plunged more than 40% so far this year. The Amplify Transformational Data Sharing ETF (BLOK) has dropped more than 44%.

That’s a bigger decline than Bitcoin itself, which has fallen roughly 35% in 2022 as inflation builds and the Federal Reserve tightens monetary policy, lowering demand for riskier asset classes.

Additionally, there’s an opportunity to be found in the metaverse, Hyat said. Companies such as Meta Platforms Inc. – formerly known as Facebook – have invested heavily in the nascent digital world, an investment that will mean losing “significant” amounts of money in the near term.

“People should be looking at the metaverse and virtual reality,” Hyat said. “At the moment, it’s like the 1990s; there’s going to be a lot of losers and a couple of winners. We have not yet picked who those winners are but it’s a space where there’s so much value creation that you have to look at it. ”

Most Read from Bloomberg Businessweek

US Steel to Make $150 Million Investment in Iron Range Operations