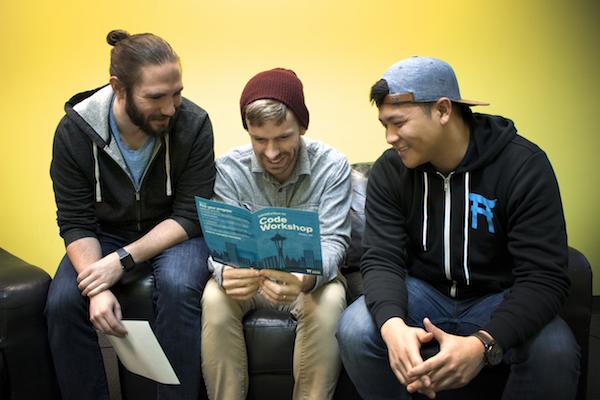 If you’re just dipping your toes into the coding waters, there’s plenty of information to take in. What language should you learn first? Should you become a full-tack developer? Where is the best place to learn?

Fortunately, as the tech industry is seemingly ever expanding, there are plenty of resources for entry-level coders to discover what’s right for thew. One of those resources is coding bootcamps, meant for people who have already dabbled in programming basics, students enrolled in a coding bootcamp are there so they can start looking for a job after graduating.

Deciding to join a bootcamp programming is a huge, life-changing decision, and it’s important to know that not all bootcamps are the same. Before applying for your first coding bootcamp: read outcomes reports, register for free events, and ask as many questions as you can.

You also have to make sure your preferred coding bootcamp offers the chance to learn full-stack development.

What is a Full-Stack Developer?

What are the Stacks?

In short, the front end stack is the client-side aspect of coding. If you’ve ever been on a website, which one can assume since you are reading this right now, you have seen the front-end of development. It includes designs, layouts, images, drop-down menus, and so much more that we’re all familiar with.

The back end is the bones and muscles of a website, application, or piece of software. It’s the stuff a user wont see, but that is necessary for a website to exist and perform basic functions. That includes server architecture, database administration, security, and data transformation.

Unsurprisingly, websites and aps generate and store a tremendous amount of data. All of that data has to go somewhere and has to be managed by someone. That’s where date engineers come in. Those who learn the data stack will work on analytics, data warehousing, data pipelines, and transformation layers.

Some data programming languages ​​include:

A portmanteau of development and operations, the DevOps stack is a way for teams to combine both software development and software operations. DevOps is relatively new and is constantly improving to help two teams function and work together better.

Finally, the fifth tech stack is mobile. Obviously, this is the development and management of mobile aps. There are two major operating software’s to develop for, iOS and Android, each has their own specific languages ​​but there are also some cross-platform languages ​​you can lean to master this stack

Why You Should Become a Full-Stack Developer

Contrary to what some may believe, the primary goal for a coding bootcamp is not to teach a student “this” or “that” language. Rather, it’s to teach you the fundamentals of each of the most sought after languages ​​in your region so that you can develop into a self-sufficient developer.

Using linguistics as an example, imagine you spent time learning the Spanish language. Learning Portuguese may be difficult, but it would be considerably easier having learned Spanish already. Now imagine you wanted to learn Italian as well. Again, the process would become even easier. In linguistics, this is called lexical similarity and this Quora post may provide some further insight.

Learning programmatic languages ​​is extremely similar. There are concepts and programming paradigms that exist through every language and framework, and understanding these patterns allow a developer to become more and more self-sufficient. The more you learn earlier on, the easier it will be for you to learn additional languages ​​later on.

So, you’re familiar with Python, Javascript, and Java and your new employer needs you to build something in Go? No problem!

The vast majority of people who attend coding bootcamps are people looking for a career change, and as such, have limited coding experience – if any. If you have a guaranteed job lined up that will require you to know Ruby on Rails, it would make sense for you to find a program that focuses and deep-dives into that language and framework.

However, if you are looking to break into the industry and you are eyeing an entry-level software developer role, it is much more beneficial to have a wider breadth of knowledge rather than a deeper depth of knowledge. Companies hiring entry-level programmers are not looking for specialists — they are looking for generalists who are agile, adaptable, and fast learners.

Simply put, knowing more will open more doors for you as a coder. If a company is looking to hire specifically a front end or back end developer, you’ll be able to apply because you know both stacks. Take a look at the most in-demand languages and enter the market with the top three in your arsenal, not just the first.

That’s a huge addition to your resume that will look good to any prospective employers.

At the end of the day, it comes down to researching the options that you have and making an educated decision for what is best for your future. If you’re someone looking to take your first step in the world of coding and software development, learning three stacks will make that first step more stable and set you up for success.

How To Build Strong Programming Logic

What to Expect from a UI/UX Bootcamp