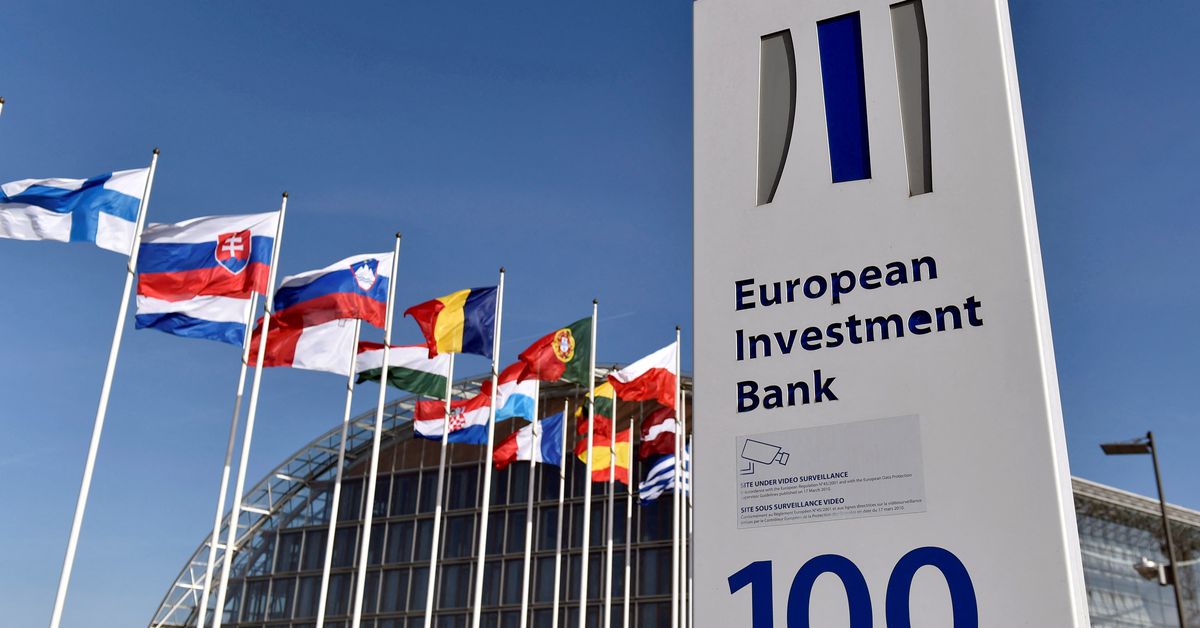 Flags are seen behind the logo of the European Investment Bank pictured in the city of Luxembourg, Luxembourg, March 25, 2017. Reuters / Eric Vidal

BRUSSELS / DUSHANBE, July 6 (Reuters) – The European Union plans to become the top investor in the world’s tallest dam in Tajikistan, EU officials told Reuters, in a move aimed at helping Central Asia cut its reliance on Russian energy and part of the EU answer to China’s Belt and Road Initiative.

Tajikistan began in 2016 the construction of the giant hydropower Rogun plant, which could deliver full energy independence to the landlocked former Soviet Union nation.

The EU investment arm, the European Investment Bank (EIB), has so far not funded the project, whose main developer is Italian construction firm Webuild (WBD.MI).

But an EIB spokesman told Reuters this week that the bank has now been asked by the European Commission to become “the largest investor” in the project.

Rogun is expected to cost around $ 8 billion, of which $ 3 billion have already been spent, the Tajik energy minister Dalyor Juma told Reuters in June. While it has been largely financed by Tajik government bonds and private loans up to now, the government in Dushanbe has requested EU financial and technological support in completing the project, an EU official familiar with the talks said.

The EIB spokesman declined to comment on the size of the possible investment and on the reasons for the new commitment.

The bank has invested in Central Asia about 182 million euros ($ 186.8 million) between 2014 and 2020, a fraction of its multi-billion-euro investments outside the EU 27-nation bloc.

The EU official, who declined to be named because was not authorized to speak to media, said a key reason for the EU to become a top investor in the hydropower dam was to make Tajikistan and its neighbors independent from Russian energy.

The EU is interested in pursuing “Central Asia energy independence from Russia,” the official said.

Brussels and its Western allies have been trying to isolate Russia in response to its February invasion of Ukraine.

The Rogun hydropower plant, with its 335-meter-tall clay core rockfill dam which the developers say will make it the tallest in the world once completed, is expected to end chronic power shortages in Tajikistan and allow it to export electricity to Uzbekistan and Kazakhstan .

Oil is Tajikistan’s main import from Russia, while Kazakhstan and Uzbekistan import Russian gas, largely using imported energy to supply areas well interconnected with Russian infrastructure, even as both are themselves gas producers.

The funding would be part of the EU’s “Global Gateway” strategy, the EU official said. Brussels unveiled the 300 billion euro global infrastructure spending plan in December as a better, greener alternative to China’s Belt and Road Initiative. Beijing launched its plan in 2013 to boost its trade links with the rest of the world and Central Asia is among the regions where China has since heavily invested.

The EIB spokesman said the bank was considering a joint investment with the European Commission, which controls the EU multi-billion-euro budget and like the EIB can also raise money in the markets. The EU executive confirmed that the bloc was open to finance the hydropower Rogun dam project.

It is unclear when the EU plans could turn into actual investments, but the EU official said that decisions could be made by the final quarter of this year.