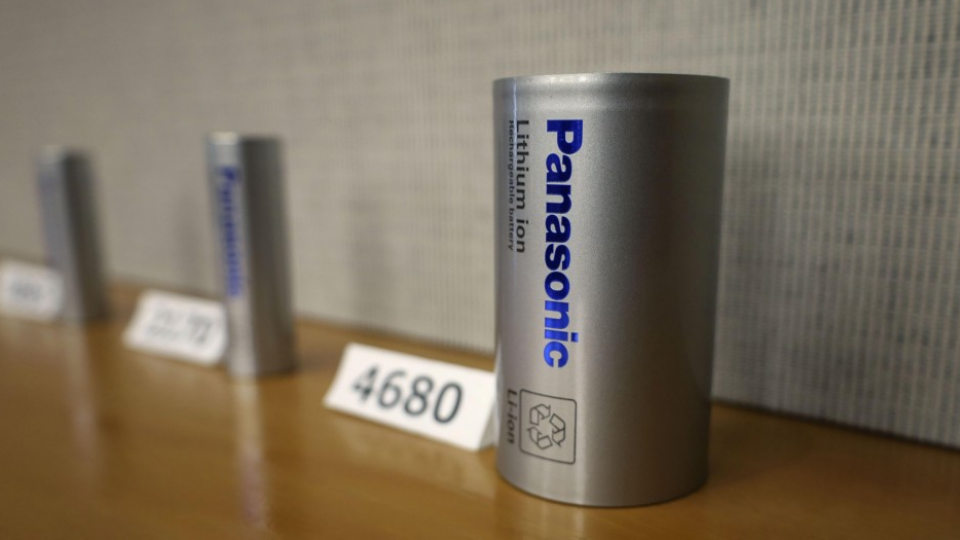 The battery manufacturing unit of Panasonic Holdings Corp. said Thursday it plans to build a new facility specializing in the production of electric vehicle batteries in the US state of Kansas, an investment expected to reach up to around $ 4 billion.

The Panasonic Energy Co. project, which will use an incentive approved by the Kansas state government, reflects rapidly growing demand for EVs amid a global push to reduce carbon dioxide emissions. The company expects to supply the batteries to US EV manufacturing giant Tesla Inc.

The Osaka Prefecture-based company said it hopes to create up to 4,000 new jobs, but did not mention when the factory is slated to begin operations. It has cited De Soto as a candidate site for the plant.

Photo taken in Tokyo on June 3, 2022, shows the “4680” battery cell Panasonic Energy Co. plans to manufacture at a new factory in the United States for use in electric vehicles. (Kyodo)

The facility specializing in EV batteries will be the company’s second in the United States, after the “Gigafactory” in the state of Nevada, which is jointly operated with Tesla.

“With the increased electrification of the automotive market, expanding battery production in the US is critical to help meet demand,” Panasonic Energy President Kazuo Tadanobu said in a press release.

The administration of US President Joe Biden welcomed the news on Wednesday.

“The announcement is also another proof point of the success of the Administration’s efforts to create more resilient and secure supply chains and outcompete the rest of the world in the technologies of the future,” the White House said in a statement.

The announcement comes as the Japanese company is seeking to boost EV battery output, with plans to invest several billion yen in the revamp of its plant in Wakayama Prefecture south of Osaka. It hopes to begin mass-producing its next-generation battery cell in fiscal 2023 to supply to Tesla.

Panasonic expects to quadruple its production of EV batteries by fiscal 2028.