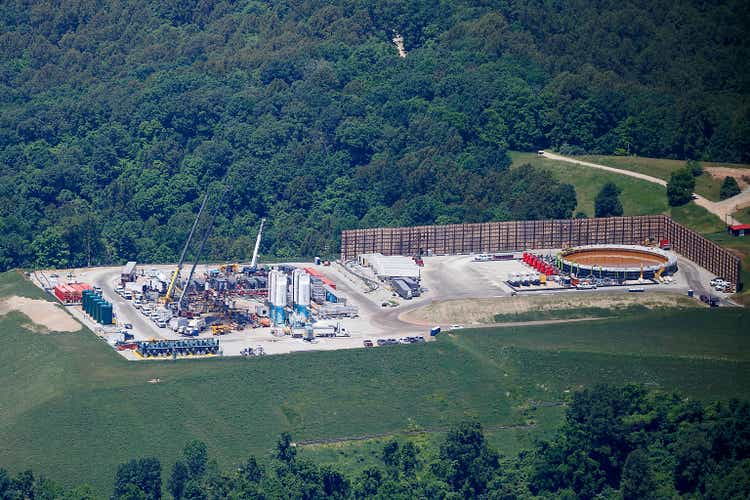 As I previously stated, it’s a great time to buy oilfield service (or OFS) stocks. The oil industry is under government and public pressure to pump more hydrocarbons, which requires more wells to be drilled and completed, which in turn means higher day rates and greater equipment utilization for OFS vendors.

That’s why I expect the OFS players to post exciting results in the upcoming 2Q2022 quarterly reporting season.

STEP was founded in 2011 as a specialized deep-capacity coiled tubing company in Canada. Since then, it has expanded into completion and stimulation services to E&P companies both in Canada and the US, with specialization in hydraulic fracturing of wells that are deeper and have longer laterals and higher pressures.

STEP currently has operations in the Western Canadian Sedimentary Basin in Canada as well as the Permian Basin and Eagle Ford play in Texas, the Uinta-Piceance and Niobrara-DJ basins in Colorado and the Bakken play in North Dakota (Fig. 1).

STEP has two operating divisions, ie, Canada and the US, which contribute 66.9% and 33.1% of revenue respectively as of 1Q2022. The fracturing line of business pulled in the vast majority (76.8%) of the top line, while coiled tubing services make up the remaining 23.2%.

STEP went IPO on TSX-V on May 2, 2017, where on average slightly less than 400,000 shares change hands per day. The stock also trades on OTC-Pink market under the ticker symbol of SNVVF, with relatively limited liquidity.

Equipment utilization has continued to improve for both fracturing and coiled tubing.

Considering a 15% -20% of the active horsepower is required to accommodate equipment maintenance cycles, it’s safe to say that as of 1Q2022, STEP is nearing full utilization for fracturing equipment both in Canada and the US, which essentially echoes what Halliburton (HAL ) stated in the 1Q2022 earnings call. On the other hand, coiled tubing utilization still has headroom to further improve.

As equipment utilization picked up, day rates have increased substantially.

Thanks to the rising equipment utilization and improving day rates, STEP has pulled in an increasing amount of revenue since the 2Q2020. Although revenue in 2021 was still shy of that in the pre-COVID 2019, by 1Q2022, revenue had risen above the pre-COVID high reached in 1Q2020, by a margin of 13% (Fig. 4).

Despite strong seasonality, the Canadian segment enjoys higher margins than the more fully competed and more cyclical US segment. Nonetheless, margins there have improved materially since 2Q2021 (Fig. 5).

Margins remain below the levels achieved in previous cycles. The extreme tightness in oilfield service markets seems to point to higher day rates and further improved profitability in the foreseeable future.

From our analysis above, STEP is supposed to see strong increase in day rates and equipment utilization, which will drive sequential improvement in revenue and adjusted EBITDA performance. According to the company’s operational updatesSTEP continues to experience strong demand for services in both the Canadian and US geographic regions, which is expected in the backdrop of rising rig counts in these regions (Fig. 6).

Up north, STEP is expected to focus in the 2Q2022 on larger multi-well pads, which minimized the impact of spring break-up conditions, which should provide steady utilization for the company’s five fracturing crews, outside of a slower period during mid-April to mid-May.

The larger pads and improved day rates will result in a higher day rate relative to 1Q2022. In addition, during the last downturn, STEP gave operators deep pricing concessions; as the industry swings to an up-cycle, these discounts have been disappearing (Fig. 3). Therefore, STEP is expected to continue to enjoy tailwinds on its back when it comes to day rates. As a matter of fact, the management allowed that pricing in the 2Q2022 was steady, contrary to the usual pricing weakness during the spring break-up periods.

The US fracking market has tightened significantly, particularly in the Permian Basin where STEP operates three fracturing crews, thanks to supply chain constraints and industry discipline. I do not expect STEP to activate additional equipment. However, day rates in the US have increased from the start of the 2Q2022, laying ground for continued margin expansion (Fig. 3; Fig. 5).

Looking further ahead, in the 3Q2022, I believe STEP will most likely experience higher activity levels in Canada and steady activity in the US, with continued improvement in day rates on a sequential basis.

Compared with these peers, STEP is deeply undervalued. A re-rating to the level of valuation of Canadian peers alone may result in an ~ 80% appreciation, let alone capital appreciation to be expected from organic growth.

Inflation in input factor prices puts STEP in a spot where it has to continuously adjust day rates upwards to maintain profitability. Fortunately, it’s operating in a tight OFS market.

STEP currently has C $ 214 million of net debt on its balance sheet, at 1.45X of the 1Q2022 adjusted EBITDA on a run-rate basis. Accordingly, debt retirement remained a key priority. Scheduled quarterly repayments of the term loan facility of $ 7.0 million per quarter began on March 31, 2022, which is why debt is expected to decline from now on (Fig. 7).

STEP has been in discussions with its syndicate of lenders on the renewal of its credit facilities. On July 12, 2022, the company successfully amended and extended its credit agreement. The credit facilities include a C $ 215 million revolving facility, a C $ 15 million operating facility, a US $ 15 million operating facility, and a three-year term with a maturity date of July 12, 2025, which should provide ample liquidity for the company to run its operations and activate additional equipment.

Our in-depth analysis indicates that business for STEP Energy Services has steadily improved since the COVID-19 trough. With specialization in high-performance fracturing and coiled tubing, STEP is well positioned to benefit from day rate appreciation and equipment activation, especially as the North American oilfield service market remains tight in the foreseeable future.

Perhaps due to its greater net debt, the market has not yet granted as much credit to STEP as to its Canadian peers even though STEP has already begun to generate record-high revenue. However, beginning in the 2Q2022, the company began to pay down debt so leverage will be less and less of a concern to investors. It is thus an opportune time to consider accumulating its shares.

To that end, investors are fortunate that STEP share price has declined by some 28% since early June 2022, ahead of the 2Q2022 earning reporting season that will most probably deliver pleasant surprises (Fig. 8).

Editor’s Note: This article discusses one or more securities that do not trade on a major US exchange. Please be aware of the risks associated with these stocks.