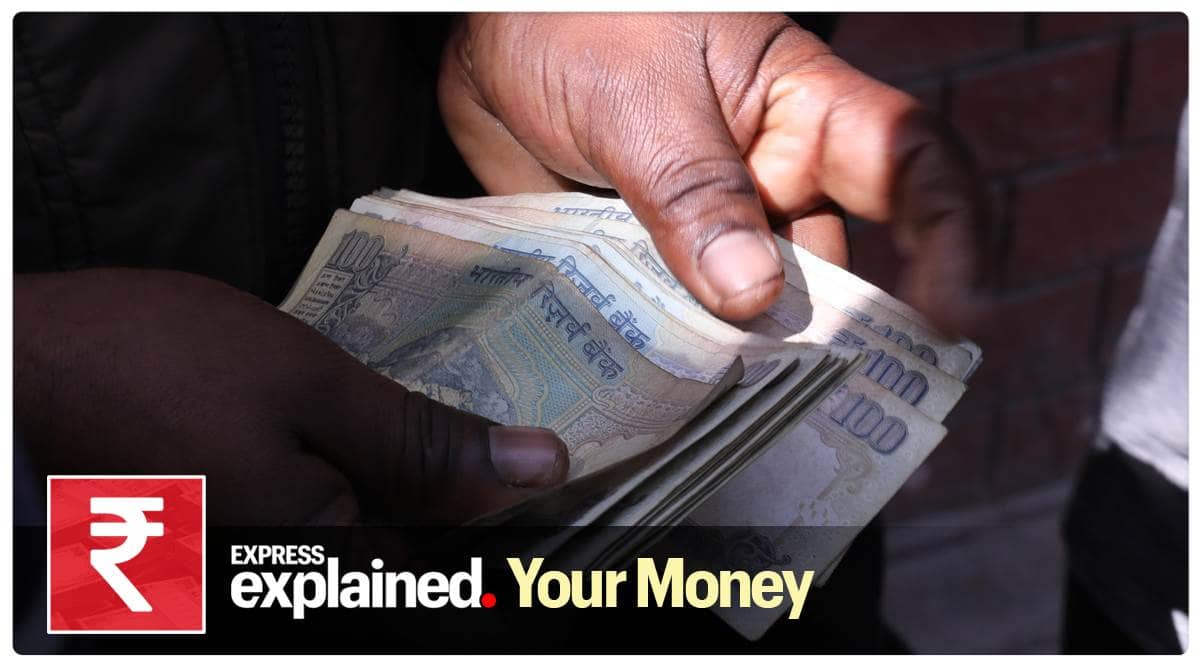 As the rupee hit 80 against the US dollar this week, one of the big concerns among Indians who expect to spend in dollars in the future — on account of children’s higher education, travel etc — is how they can hedge themselves against further depreciation of the currency, which would increase the rupee cost of these dollar-denominated expenditures. If that makes a case for taking exposure in US markets, there are various factors to consider here too — talks of recession, and the US capital market turning volatile amid high inflation and interest rate hikes. So, does it make sense to invest abroad now?

Why go for global diversification?

Over the last 11 months, the rupee has depreciated almost 10% against the dollar. What it means is that if an individual has to send $10,000 for his child’s education fee in August 2022, he or she will end up paying Rs 8 lakh compared to Rs 7.2 lakh last year.

Hypothetically, if rupee were to depreciate 20% over the next 10 years, it would increase the rupee cost of education by 20%. However, if one were to invest in international fund of fund schemes investing in the US, offered by domestic mutual funds, or direct equities or even in US debt, investors can clearly hedge themselves against the impact of depreciation.

“We believe the US dollar will always be stronger than the Indian rupee as traditionally India is a current account deficit economy and the US is a current account surplus economy. Also, there is a huge interest rate arbitrage between the US and India,” said Nasser Salim, Managing Partner at Flexi Capital, a boutique investment services firm.

Experts expect the dollar to strengthen further against all other currencies, and say it is important for retail investors to protect themselves against future depreciation in the rupee – especially if they plan any other major expenditure in dollars.

Besides, geographical diversification, especially in the US, allows investors to take exposure in high-quality multinationals, from whose growth they will benefit. What are the overseas routes for Indian investors?

DIRECT INVESTMENT: Under the LRS framework, the Reserve Bank of India (RBI) permits resident individuals to remit up to $2,50,000 per financial year for any permitted current or capital account transaction. Indians put $746.57 million in equity and debt in 2021-22 as against $471.80 million in 2020-21 by opening an overseas trading account with a broker.

IFSC PLATFORM: Indian investors are now allowed to trade in the stocks of 50 leading US companies through the NSE International Exchange, from March 3. Trading in US stocks will be facilitated through the NSE IFSC platform in GIFT City, Ahmedabad. This means domestic investors can purchase US stocks such as Amazon, Alphabet, Tesla, Meta Platforms, Microsoft, Netflix, Apple and Walmart. The NSE IFSC has announced the trading format of eight US stocks, and details about the remaining 42 will be announced later.

MUTUAL FUNDS: The most popular route is fund of funds (FoFs), considered safe by investors: An Indian asset management company (AMC) floats a fund in India with permission from the regulator SEBI, and mobilizes money from local investors to invest in an international mutual fund. “This is less risky as the Indian AMC doesn’t need to monitor the performance of its overseas investment on a daily basis. Many Indian MFs have floated such FoFs for investing in overseas funds, which in turn invest in stocks listed on the New York exchange and Nasdaq,” a fund manager said.

Foreign assets of mutual funds stood at Rs 20,865 crore ($2.9 billion) at the end of March 2021, a big increase from Rs 5,808 crore in March 2020, according to the RBI. While the latest data is not available, fund houses estimate that overseas investments would have crossed Rs 50,000 crore ($6.7 billion) as global markets had witnessed a bull run until December.

Overseas equity investments of MFs are largely concentrated in the US and Luxembourg.

What has changed for Indian investors?

Indians have started focusing on overseas investments over the last few years. Such investments, now almost touching $7 billion (Rs 56,000 crore), are mainly in stocks listed on the New York Stock Exchange and Nasdaq.

However, this has been mostly in equities rather than debt instruments in the US, as interest incomes are lower than in India. Indian bonds and other debt instruments offer at least 3-4 percentage points more returns in the domestic market.

With the US economy facing turbulence, stocks there were also under selling pressure. The Dow Jones Industrial Average has plummeted nearly 13% since January.

Should you invest abroad?

The volatile economic scenario has raised a lot of concerns among those contemplating investing in US equities or debt. Investments should be made with a view to protecting against dollar appreciation and benefiting from the growth of US entities.

The principle of ‘buy when price falls’ may work in the US market where share prices of many top firms have fallen 10-15%. There could be more pain for the US economy. “We now forecast a mild recession in the US economy this year and expect 4Q to 4Q real GDP in 2022 to decline 1.4%, followed by an increase of 1.0% in 2023,” says a Bank of America (BofA) Research report.

With a sharper slowdown penciled in and higher unemployment, the outlook is of inflation moderating somewhat faster than before. “We look for headline PCE inflation to move lower to 4.9% in 2022 and 2.5% in 2023. Our forecast puts inflation broadly in line with the Fed’s 2% mandate by the end of 2024,” BofA said. Anyone looking at US equities should invest with a long-term horizon. “While debt investments in the US may make sense at this time or after a few months when the yields hit a high, following expected rate hikes by the Fed, equity investment can be done in a staggered manner,” Salim said.

Indian mutual funds registered with the SEBI are permitted to invest within an overall cap of $7 billion, the RBI says in its Master Circular issued on January 1, 2016. But with the MF industry close to breaching the limit, the SEBI had earlier this year asked MFs with overseas exposure to temporarily stop lumpsum purchases and switch in from other schemes with effect from February 2. While the RBI has not yet increased the $7 billion cap, MFs are permitted to make overseas investment up to the limit.