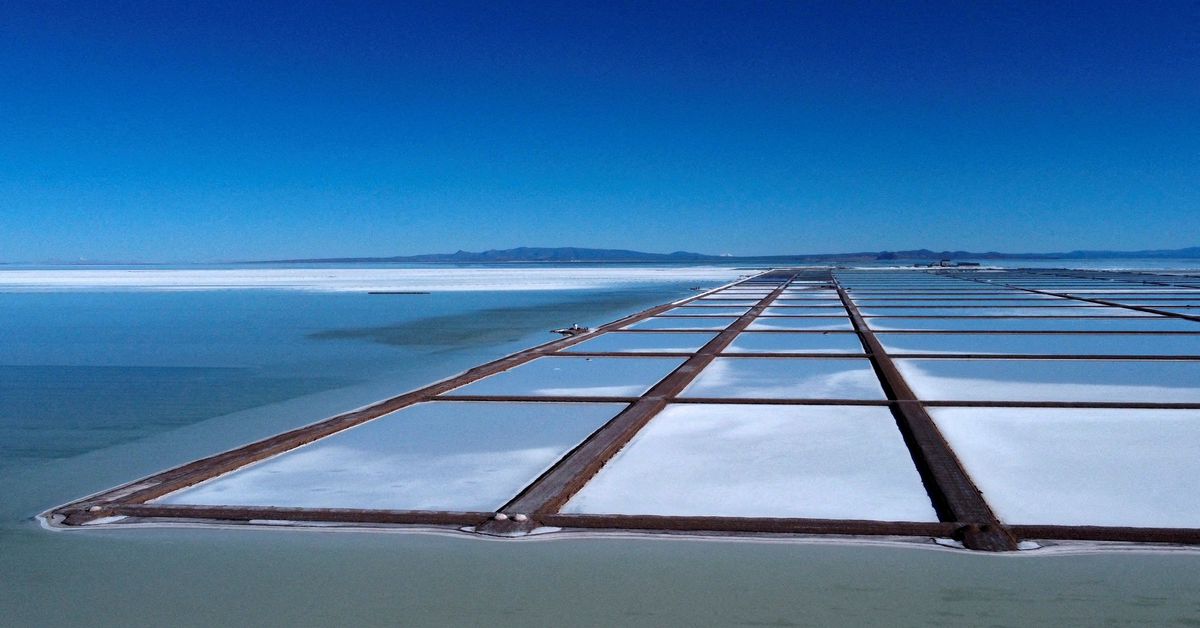 Evaporation pools for the extraction of lithium are seen at the Salar de Uyuni, a vast white salt flat at the center of a global resource race for the battery metal lithium, outside of Uyuni, Bolivia, March 26, 2022. Picture taken with a drone . REUTERS/Claudia Morales/File Photo/File Photo

July 22 (Reuters) – Private equity firm Global Emerging Markets Group said it plans to invest $450 million in lithium startup EnergyX, which is trying to revive its business prospects in Bolivia as it prepares to go public by 2024.

EnergyX is one of several companies developing its own version of a direct lithium extraction (DLE) technology, aiming to produce the metal less expensively and with a smaller environmental footprint than traditional open-pit mines and evaporation ponds.

EnergyX will have 36 months after it launches an initial public offering to draw from the $450 million that GEM has committed. GEM will receive shares reflecting the value of EnergyX’s stock at the time of each drawdown. GEM will also receive warrants in EnergyX at an undisclosed strike price.

Teague Egan, EnergyX’s chief executive, said the funding will give the company a “war chest” to develop lithium projects in emerging economies.

GEM deployed a similar investing strategy with Surf Air Mobility Group in 2020, although the electric jet company has yet to go public. It also invests in pawn shop operator Pawn Plus Inc and other companies.

EnergyX, which previously raised $15.5 million via a private funding round and crowdfunding, said on Thursday it separately plans to raise up to $75 million in a private offering to retail investors.

Earlier this year, the company had sent a shipping container filled with its DLE pilot equipment from Texas to Bolivia via the Panama Canal. read more

That meant EnergyX was the only DLE company to have tested its technology on the lithium-rich brines in Bolvia’s remote Salar de Uyuni. Egan believes this could help his case as he tries to convince the government to change its mind.

GEM declined to comment on EnergyX’s Bolivia bid. The South American country, which has the world’s largest lithium reserves, is expected to make a final DLE decision by December. read more

“I absolutely think we still have a chance in Bolivia,” said Egan. “If they have a change of heart and want to come back to use EnergyX as a service provider or have any type of business structure, we’re open to that.”

Bolivian vice minister of high energy technologies Alvaro Arnez, who oversees the country’s lithium development, did not respond to a request for comment.