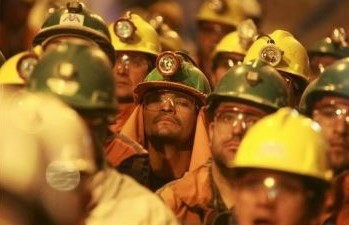 The portfolio considers US$1.4bn for projects in the Atacama region and US$824mn in the Coquimbo region. The amounts are auspicious given the shortage of large copper deposits, the medium-scale mining week organized by Chilean mining association Sonami was told.

Exports from the segment reached US$2.33bn in 2021, compared to forestry and wooden furniture exports of US$2.66bn, pulp’s US$2.08bn and bottled wine’s US$1.62bn. However, the large investments by big mining companies have at times eclipsed those of the mid-sized sector.

Generally, medium-scale mining projects have higher grade ore than those of large-scale operations, making it an attractive sector for investment, the event was told. Although discovering new deposits has become increasingly difficult, this has encouraged the mid-scale segment to obtain greater participation in the industry. However, the useful life of their operations is usually shorter than large companies’ projects.

“We will strengthen [national mining company] Enami [which processes the ores of small and medium miners] so that it leads a development plan for medium-sized mining. Chile is experiencing a process of change. For this reason, we will open spaces to strengthen industry relations,” mining minister Marcela Hernando told the event.

Moreover, these companies are seen as having the potential to leverage technology transformation opportunities by being more flexible than the rest of the industry. Nevertheless, the country must provide them with policies and incentives to reinforce their growth, as well as facilitate access to financial markets and grant them a regulatory framework that best meets their needs, said Diego Hernández, head of Sonami.

According to Jorge Cantallops, director of studies and policies at Cochilco, the importance of medium-scale mining for the economy is highlighted by the contribution it makes to the country’s regions, as it gets more involved than large-scale companies in terms of job creation through local contractors.

One of the main challenges these companies face is difficulties to develop major projects, either because of environmental, social or regulatory issues. On the other hand, access to financing is also more complex for the segment.

As for costs, these increased considerably between 2000 and 2020, hitting medium-sized mining the hardest. Therefore, the impact of changes in the legal or tax regimes that Chile is planning would have a stronger impact on the segment, added Cantallops.

Among the challenges is the heterogeneity of the sector. There are large mining companies with important medium-sized projects, such as the case of state-owned copper miner Codelco. But, in most cases, the investments come from local sources, which sometimes are insufficient to meet rising costs.

When comparing the use of water in medium-sized companies with large-scale miners, there is a greater intensity of continental water in the segment, which represents a major technological challenge, said the Cochilco official.

With respect to the unit coefficient of continental water of ore processed per ton in 2020, large copper mining used 0.35m3/t in concentration processes and 0.09m3/t in hydrometallurgy, while medium-scale operations used 0.53m3/t and 0.10m3/ t, respectively. Regarding desalinated water, these are the current operations involving medium-sized companies:

• Michilla mine, located in Antofagasta region, with a desalination capacity of 75l/s and seawater capacity of 23l/s.

• Las Cenizas Taltal, Antofagasta region, with desalination capacity of 9l/s and seawater capacity of 12l/s. The water is circulated through a 7km piping system.

• Mantos de Luna, Antofagasta region, with desalination capacity of 20l/s and seawater capacity of 5l/s. The water is circulated through an 8km piping system.

• Pampa Camarones, Arica y Parinacota region, with seawater capacity of 25l/s. The water is circulated through a 12 km piping system.

Regarding the use of renewable energies, Cantallops highlighted the Pampa Camarones project, which has a 20-year power purchase agreement (PPA), and the Pullalli mining project of the Cemin group, which has a four-year PPA.

Finally, on legislative changes for the mining sector, it was considered that the main risk is that the regulatory system treats all mining in the same way, despite its diversity in structures and realities, said Mauricio Alamo, CFO of Cemin.

In addition, the environmental evaluation system is also designed for large-scale mining and the deadlines for sending replies or appeals for each application are excessive, he said. These should be modified to facilitate more projects, Alamo added.

“We are 20 to 30 times smaller than large mining, therefore, they can’t measure us in the same way,” said Víctor Hugo Álvarez, general manager of the Carola Coemin mining group.