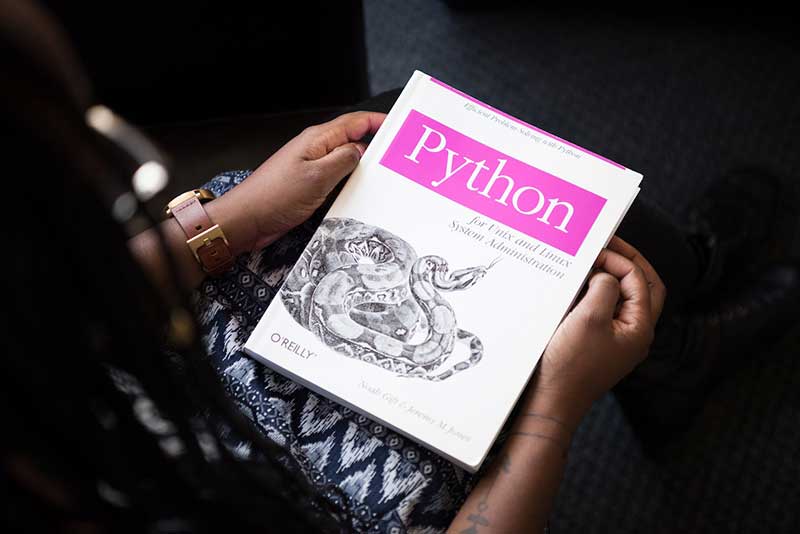 Python has taken the tech world by storm as one of the most popular coding languages. With a range of versatility that extends from machine learning applications to building websites and software testing, Python is one beginner-friendly programming language to learn. This blog looks at what is Python, Python best practices, and how Coding Dojo can help jumpstart your career as a developer.

Python is one of the premier programming languages ​​in tech. Python’s versatility and ability to act as a general-purpose coding language make it the workhorse for most projects.

On top of being used for web and software development, Python coding is the go-to programming language for data analytics, machine learning, and even website design. Such features as high-level data structures, dynamic typing, and dynamic binding make scripting or “glue code” to connect various components an absolute breeze for developers.

Why Are Python Best Practices Important?

Python coding is super versatile. These best practices give a lot of guidance when dealing with different structure types, which is crucial for any first-time developer. Below are some reasons why knowing and using Python coding best practices is essential:

Learning anything new at first can be tricky. The Python coding best practices act as guidelines. These will help you navigate the coding world and make mastering a new programming language accessible.

The PEP 8 style guide for Python Code, also known as PEP8 or PEP-8, is a comprehensive guide that provides reminders on how to write impeccable Python code. Published in 2001 by Guido van Rossum, Barry Warsaw, and Nick Coghlan, this manual has become the holy book for writing Python code that’s readable and consistent. This style guide makes practicing Python coding effortless.

When deciding whether to use Python 3 or 2, always pick Python 3. Since January 2020, Python 2 has reached what’s known as “End of Life” statuswhich means it won’t be updated any further, including fixing any bugs or improving security.

When checking for the minimum required Python version, a good recommendation is to choose the option with the most recent updates. For third-party modules, this is especially true to ensure everything is highly compatible. Currently, Python 3.8.1 is the latest edition, but the version with the most recent updates is Python 3.7, which is a much safer bet.

4. Use the PyPI Instead of Doing It Yourself

The Python Package Index (PyPI) is a software repository for all Python programming languages. This coding language library, which holds over 198,190 coding projects, helps developers find and install any software accessible to a global community. The PyPI lets developers pull from existing code and embed it in their projects instead of writing code themselves.

A critical part of Python best practices is documenting and commenting on all code properly. This point is significant if multiple parties are working on the same piece of code at any time. Without clear documentation and concise comments, confusion can set in and leave everyone scratching their heads as they try to contribute their code.

When writing code for Python, fixing any code issues right away is vital. If multiple bugs appear, immediately fixing them is the best way to ensure nothing is left out, which makes it possible for a quick turnaround time for re-testing.

It’s vital that when it comes to Python coding, every line should be easily readable. Ultimately, each piece of code is highly focused, giving a clear function, class, or module to that line of code. Readable code results in teams being able to contribute their code without unnecessary delays and a beautifully designed final project.

Object-Oriented Programming (OOP) is the ingredient that properly structures software design around different data points or objects. By writing OOP, any pieces of code written become reusable for future projects and stop the possibility of redundancies, causing significant project delays.

9. Use one statement of code per line

A typical saying in Python programming is “do a lot with a little,” which every developer should remember when writing code. A common practice when writing Python code is to write a single piece of code per line, with the new line marking the end of the first piece of code. Ultimately, this means that every part of Python code is way more potent and prevents unnecessary code from being written.

10. Use a Proper Naming Convention

When writing Python code, using a proper naming method can save time. With different variables, functions, classes, packages, and more, picking a logical naming convention will help streamline a project timeline and make it easier for team members to add their code.

We can’t overstate how effective a code repository structure can be for a project, especially with close due dates. When developers use the term “structure,” the level of organization is taken to meet the overall objective. Writing clean, concise code that’s easy to read is a fundamental aspect of success.

Every developer should have a virtual environment set up for each in-progress project. Creating this virtual environment makes it much easier to avoid problems with library clashes, as different projects might require versions of a specific library.

13. Use the Python Logging Module

Every standard Python library comes with a built-in logging module, completely flexible and designed to let developers develop unique configurations to satisfy their specific logging needs. With each Python logging module having its unique handler, each log can effortlessly find and be paired with its handler, allowing developers more freedom in design.

Never underestimate the power of consistent testing. Regularly checking code can be a game changer. A good habit to get into is to write some test code and run this code to check for any bugs or possible errors. Taking the time to test the code will ensure each line is precise and fully functional.

The Zen of Python consists of 20 poetic lines, which explain how all developers should write clean, concise code with Python. This ballad exploded in popularity among Python developers, eventually becoming a religiously followed set of commandments by all “Pythoneers.”

When it comes to learning Python coding, bootcamps are a great option. At Coding Dojo’s Python coding bootcamp, you’ll get the hands-on experience to become a Python developer in no time at all. From learning all of Python best practices like OOP in Python, SQL Queries, Web Security, and more, you’ll have the skills employers need in today’s job market. Sign up today; your future is waiting!

Frequently asked questions about learning to code with Python.

What Is Python Used For?

Python is often referred to as the universal coding language, with endless applications such as building websites and software, automating tasks, and performing complex data analysis. Python is the king of all programming languages, from real-world applications that stretch from machine learning, artificial intelligence, and data science.

Ultimately, choose Python if you’re looking to learn how to code and wondering which programming language to pick. With a range of versatility, developers who master this coding language can work across many different industries as software engineers, data scientists, and app developers; the possibilities are endless.

Where to Learn Python?

If you’re wondering where’s the best place to learn Python or any programming language, coding bootcamps are an excellent option. Learning Python can be tricky at first, especially for anyone without a computer science degree.

With a hands-on learning approach, flexible time commitment options, and support, bootcamps can take anyone from beginner to master in Python. With years of experience, Coding Dojo’s range of Coding Bootcamps make it possible for anyone to become an expert in Python.

How Hard Is Python to Learn?

Besides being so versatile, Python is relatively easy to learn for beginners. With a syntax almost identical to English, many new developers find Python fairly straightforward to read and understand. With time and consistent dedication, anyone can quickly gain the knowledge to become a Python developer.

How Long Does It Take to Learn Python?

Typically, most people take about 2 to 3 months to wrap their heads around the fundamentals of Python. Keep in mind that Python is continuously evolving and growing open-source software, making learning Python a lifelong pursuit.

How to Learn Python for Data Science (7 Ways)