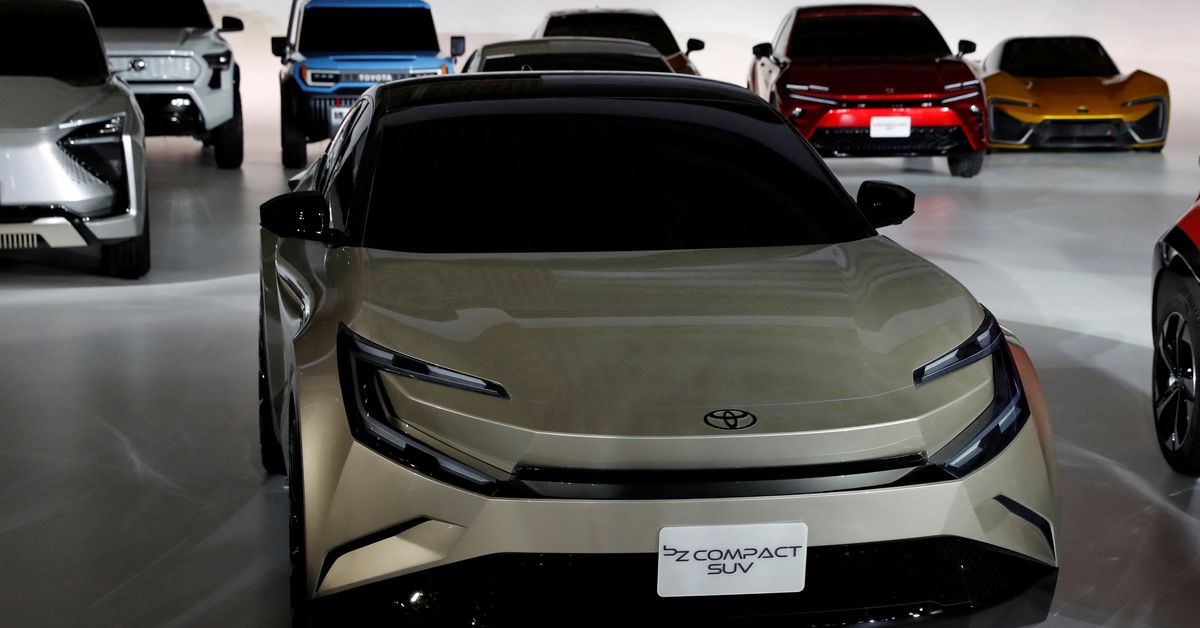 Aug 31 (Reuters) – Toyota Motor Corp (7203.T) said on Wednesday it would invest up to 730 billion yen ($5.27 billion) in Japan and the United States to make batteries for fully electric vehicles, a category of automobile that critics say it has been slow to embrace.

When the additional facilities come on line between 2024 and 2026, Toyota’s battery production capacity in the two countries will have increased by 40 gigawatt-hours, the company said, giving no current figure for comparison.

“This investment is aimed at enabling Toyota to flexibly meet the needs of its various customers in all countries and regions by offering multiple powertrains and providing as many options as possible,” it said in a statement.

Some green investors and environmental groups have said the company should move faster to introduce fully electric (or “battery electric”) vehicles, rather than clinging to the internal combustion engine in such powertrain configurations as the hybrid. read more

Toyota is the latest in a string of companies announcing big battery investment in the United States, where a shift towards fully electric automobiles could accelerate as the country discourages the use of gasoline and diesel vehicles and tightens eligibility for tax credits.

In its Wednesday statement, Toyota said it would invest about 400 billion yen in Japan. That money would go into two of its own plants, one owned by its joint venture with Panasonic Holdings Corp (6752.T) – Prime Planet Energy & Solutions Co – and a third that is being built for another joint company with Panasonic.

In addition, about 325 billion yen would be invested in Toyota Battery Manufacturing in North Carolina.

Automakers worldwide are spending billions of dollars to ramp up battery and electric vehicle production in the face of tougher environmental regulations.

Toyota last year committed 8 trillion yen to electrify its car model range by 2030, with half of that slated to develop fully electric vehicles. Still, it expects annual sales of such cars to reach only 3.5 million units by the end of the decade, around a third of its current total volume.

In June, Toyota said it had recalled more than 2,000 of its first mass-produced electric vehicle, the bZ4X SUV, less than two months after unveiling the model, because of a risk the wheel could come loose. read more

Reporting by Satoshi Sugiyama in Tokyo and Baranjot Kaur in Bengaluru; Editing by Subhranshu Sahu and Rashmi Aich