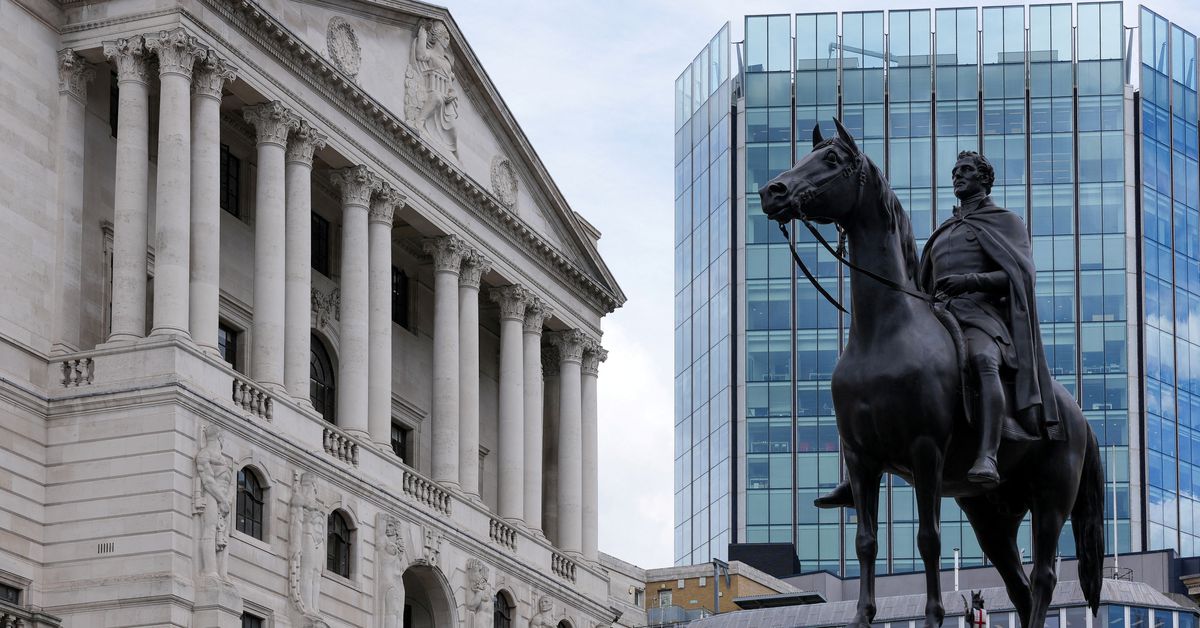 A general view of the Bank of England (BoE) building, the BoE confirmed to raise interest rates to 1.75%, in London, Britain, August 4, 2022. REUTERS/Maja Smiejkowska

LONDON, Sept 2 (Reuters) – The Bank of England should reconfigure a program designed to encourage banks to lend cheaply to small businesses to ensure capital-intensive green projects are not starved of investment as interest rates rise, a think tank proposed on Friday.

“Our ability to cut emissions fast enough to avoid climate catastrophe and reduce our dependence on volatile oil and gas is threatened when interest rates go up. Targeted cheaper lending for projects which will move us away from dangerous fossil fuels should be a no-brainer, NEF economist Lukasz Krebel said.

The BoE has raised interest rates from 0.1% to 1.75% since December, and financial markets think rates could reach more than 4% by the middle of next year.

Britain needs 140 billion pounds ($162 billion) of green investment between 2023 and 2027 to meet net-zero goals, the NEF estimated, based on data from the British government’s Office for Budget Responsibility and Climate Change Commission.

At the start of the COVID-19 pandemic, the BoE’s Term Funding Scheme gave banks cheap four-year finance against collateral if they in turn lent more to small and medium-sized businesses.

More than 192 billion pounds of loans were made under the program.

“We propose that the Bank, with support from the Treasury, simply greens the TFS, makes it permanent, and scales it up,” the NEF said.

One use of a greener TFS would be to allow banks to issue interest-free loans to fund retrofitting buildings with heat pumps, solar panels and domestic wind turbines.

“To push interest rates on retrofitting loans towards zero, a combination of a negative interest rate charged under the green TFS to banks, and partial loan guarantees by the Treasury, similar to the pandemic schemes, could be used,” the NEF said.