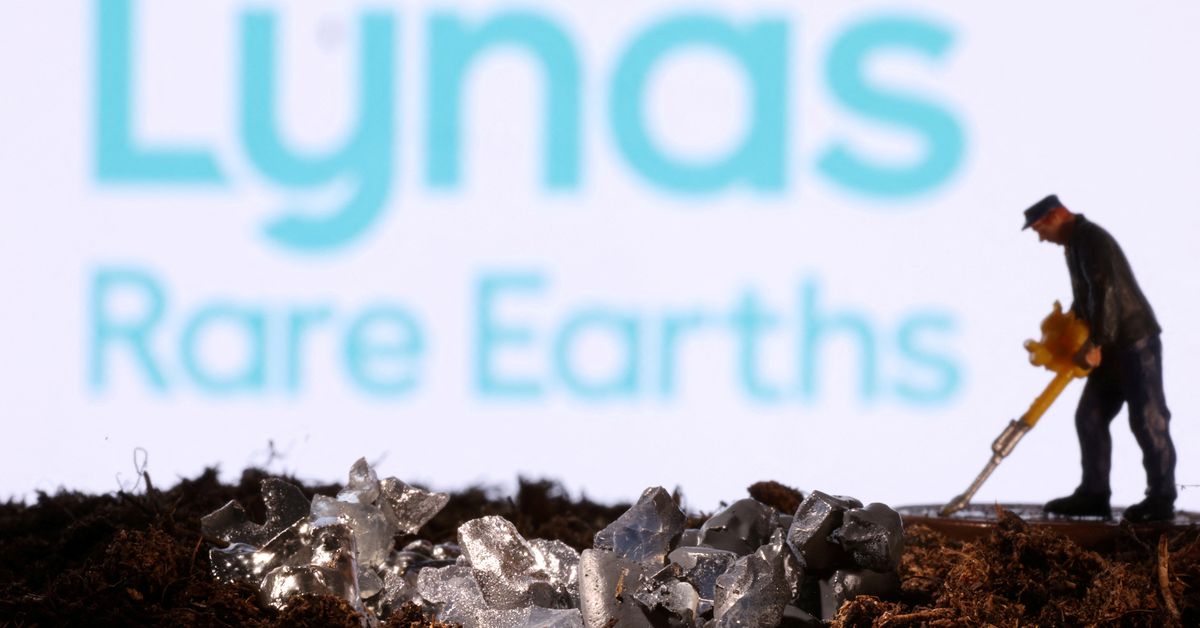 A small toy figure and mineral imitation are seen in front of the Lynas Rare Earths logo in this illustration taken November 19, 2021. REUTERS/Dado Ruvic

Lynas (LYC.AX), the world’s largest producer of rare earths outside China, unveiled plans in August to invest A$500 million ($335.35 million) to expand capacity at its Western Australia-based Mt Weld mine to meet market demand for rare-earths materials.

The Mt Weld mine has deposits of rare-earth elements neodymium (Nd) and praseodymium (Pr), which are in high demand for making magnets used in electric vehicles (EVs) and wind energy generation amid a global push for decarbonisation.

Lynas’ long-time Japanese backers are eager to back the expansion project since it could contribute to the stable supply of rare earths to Japan, JOGMEC and Sojitz said in a statement.

“The stable long-term supply of rare earths is extremely important for the Japanese manufacturers, given the increasing demand for rare earths as a key material for magnets that are indispensable for environmentally-friendly products such as motors for EVs and wind power generators,” the Japanese companies said.

In 2011, JOGMEC and Sojitz provided a total of $250 million in loans and equities to Lynas. In return, Sojitz became the exclusive distributor of Lynas products in the Japanese market.

In 2019, Lynas signed a 10-year loan extension with the Japanese backers, increasing its commitment to supply rare earths to Japanese customers.

As part of an agreement in March between Lynas and the Japanese backers, the Japanese side deferred the payment of $11.5 million in interest due on that loan until October. 31 with no penalty and no additional interest.