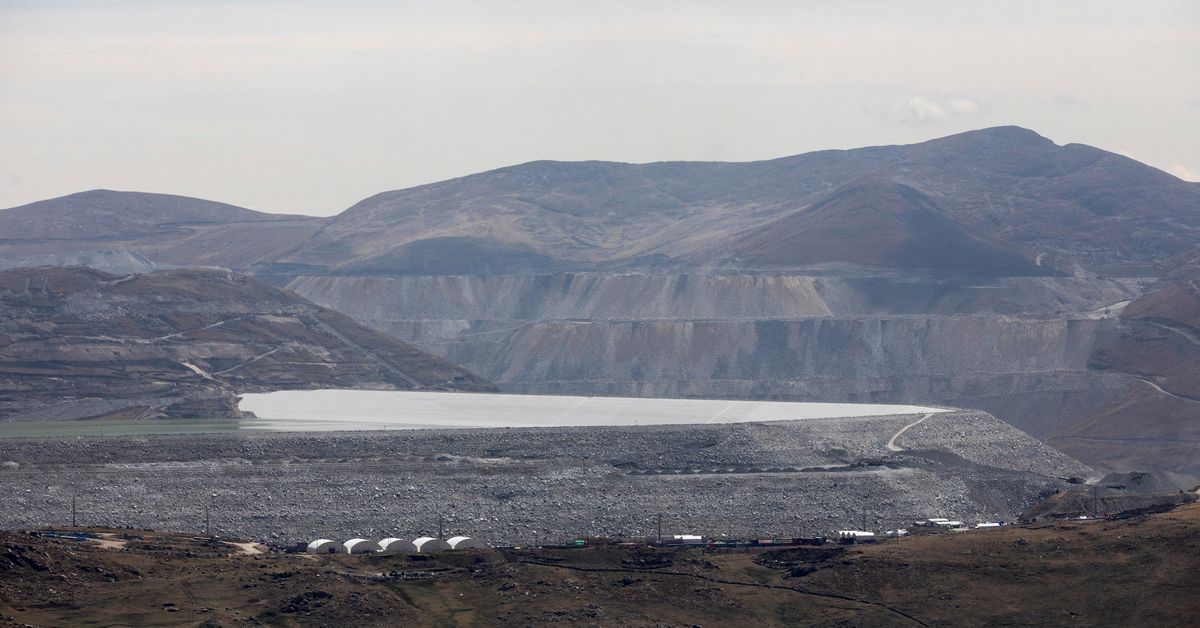 LIMA, Sept 27 (Reuters) – Chinese miner MMG Ltd (1208.HK) expects to invest $2 billion in the next five years to expand its troubled Las Bambas copper mine in Peru and is eyeing potential acquisitions to further increase production, an executive said on Tuesday.

Las Bambas General Manager Edgardo Orderique said at the Perumin mining conference that the company is hoping to double copper production by 2025 and double it again by 2030.

The mine is expected to produce 240,000 tons of copper in 2022, after years of production drops due to falling ore grades and social conflicts.

Peru is the world’s No. 2 copper producer and Las Bambas is one of the largest producers of the red metal in the world.

Las Bambas opened in 2016 in the Peruvian Andes, but has suffered recurrent disruptions from indigenous communities who say its vast mineral wealth has not translated into better living conditions.

Those disruptions reached a new peak this year when members of two neighboring communities settled inside Las Bambas, forcing the company to suspend all operations for over 50 days.

“The cost of the conflict since 2016 to date is about 528 days of interrupted operations, almost a year and a half that we have gone through this situation,” Orderique said.

Most of the disruptions affected copper trucking, rather than copper mining.

Las Bambas is currently trying to build a second pit but work has been halted due to opposition from the indigenous Huancuire community, which used to own the land where the project is slated to be built.

Orderique said he hoped that the pit could be built in the “following months” to compensate for falling ore grades at its current pit.

MMG has previously said it will not go forward with the project until it can reach an enduring agreement with the Huancuire community.