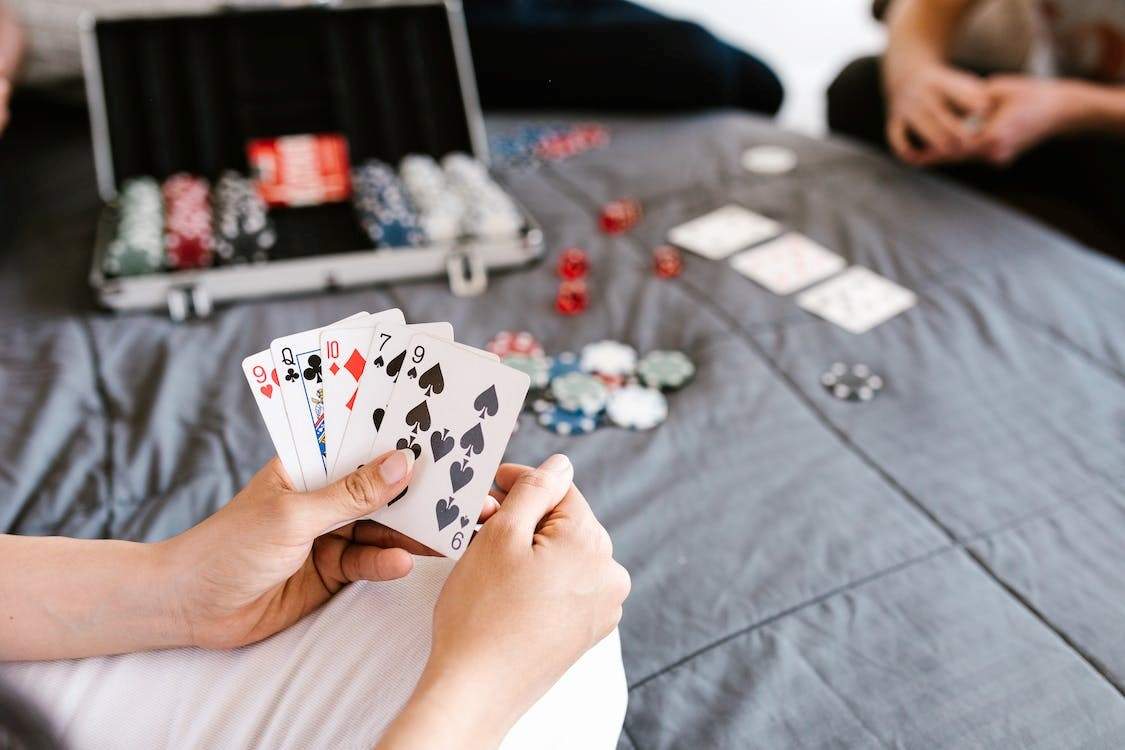 It’s all about playing for the simple fun of it, isn’t it? Only a sucker plays to try to win every time…

Or is it? Don’t you secretly want to win every single spin of the slots and spin of the roulette wheel?

Yes, online gaming on your Xbox game pass is always thrilling and great value entertainment – but part of that thrill is the bubbling internal desire to be victorious. For some, that is about making money – for others it’s just about coming out on top.

So any poker player is going to enjoy a hand of the world’s most classic card game – but under all the excitement and adventure there’s a simple desire to win. And in poker that doesn’t mean beating the online poker website – it means beating the other players.

That means that the best games are usually where the players are of similar ability and experience. The fun of trouncing clueless newbies soon wears off.

And who wants to sit in a hand full of sharks who seem to have the knack of doing you every time, whether you’ve got a blistering straight or a useless pair?

Therefore there’s one good skill to acquire for online poker players: the ability to spot a good poker player as soon as possible. Yes, you can be careful of them – but you can also look and learn too.

Firstly, note that someone who talks like a poker pro may not be. In fact a top player probably won’t comment much at all.

Note the players instead who stay calm, cool and quiet.

They are focused on the cards – not moaning about their hand, their luck or their life.

Look at those who are looking at the cards, spotting other player’s mistakes and thinking about their own. They make careful, considered decisions that aren’t about bravado or aggression.

Some very careful players even keep records of hands and probabilities. Some are dedicated enough to make graphs and work through statistics of their wins and losses.

That may be too much for a casual poker player but note that everyone can improve their tactics with a little reading and practice. Try some of the online instructional videos and chat rooms to brush up your techniques.

Best of all is practicing. Look for free games or games with very low stakes – it’s a safe way to get some learning time that isn’t going to cost you big time.

Learn the basics, feel more confident and relax into the game – then you might be ready to face the big boys.

Face-to-face games give you more clues about what you’re playing against. It’s easier to see if someone looks nervous, drinks too much or gets over-excited. It’s much harder to judge a player online.

So take note of a player’s VPIP ratio. That’s the proportion of times that they ‘voluntarily put in pot’ – and it’s a good indicator of a careful and experienced player.

A professional player will have a low VPIP, around 17 -21%. That means they only get involved with about a fifth of the hands.

They are much less emotional about hands. If something stands a little chance of winning, they back away.

An excitable beginner however may get excited when other players flop. They keep seeing the chance of winning and take too many risks on hands that aren’t worth it. An average player will make poker decisions based on gut feelings and sudden whims. A good player looks at the way the game has progressed and the relative odds of different outcomes.

Notice how good players don’t think in terms of specific hands – they base their strategy on what is called ‘ranges’. Poker ranges are types of hands that are likely to be held by an opponent.

You can’t guess exactly what hand a rival has got. But you make have clues as to what type of hand it is.

You could be facing a high, medium or low pair or just an ace high. Or you could be up against a flush or a straight of various values. The precise details don’t matter – a good player makes their playing decisions based on what is the likely range of their opponents’ hands.

If you want to progress your poker playing from the average to the good level it pays to be able to spot what that good level is. So watch other players carefully.

Don’t be misled by anything showy about the way they play – top players are often the quietest on the table. Instead watch what they do and why. Most all pay attention to which players are the ones that win.