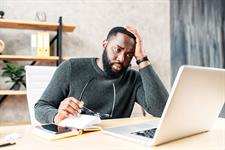 Faced with impending recession and high inflation, countries across the world are debating the best way to ignite economic growth. The US has opted for a combination of tax enforcement and targeted investment, most EU countries have gone for concerted state intervention with huge consumer subsidies, and the UK is focusing on tax cuts and deregulation. Absent from all of these wide-ranging economic plans is any mention of upskilling, which is pretty crazy when you consider both the skills gap that affects nearly all developed countries, and the reams of research that show the critical importance of multiskilled workers in a modern economy.

In 2021, PwC released a report that detailed how a broad based training program in areas such as digital skills and data could result in an additional 3.4 percent GDP growth and 200,000 new jobs in the UK alone. That is billions in additional revenue and the difference between a recession and a booming economy. On a global basis, PwC calculated that the economic gain would be $6.5trn and 5.4 million new jobs.

The benefits do not stop with increased income. A workforce trained in various cutting-edge skills is also much more flexible and resilient – people can more easily move between industries, easing the impact of economic downturns. It is also a key driver of innovation. The more people who can understand and use the latest tech, the greater the chance of new applications and consequently breakthroughs that create new industries. For businesses, the commercial rationale is clear. A better trained team is more efficient, creative and effective. Finally, there’s the elephant in the room: inflation. A larger pool of skilled talent reduces employment costs. It’s no coincidence that data science, developers and cybersecurity experts are among the highest-paying jobs in the UK.

So if the case for upskilling is strong on both macro and granular economic levels, why have governments consistently failed to create long-lasting, national programs? The answer could be found in the way many people think about upskilling. First, there’s the philosophical argument that personal development is up to the individual. Indeed, businesses have only recently realized that digital training programs are not a perk but rather a commercial necessity, especially in light of the need to digitally transform.

Second, there’s the cost. A national scheme would require significant investment, and it’s not exactly an attention-grabbing policy. However, when compared to tax cuts or infrastructure investment it is a drop in the ocean, and the incredible ROI is well documented.

Third, there’s the practical issues. What do you train people on, how do you ensure it remains relevant and who does the training? This is really where the rubber hits the road. People can be guilty of thinking of upskilling as simply learning a new trade. It’s not just that – it’s about giving people the tools, insights and mentality they need to develop a huge range of skills applicable to different circumstances. It’s a continuous and nuanced process. We aren’t talking about training legions of fully fledged data scientists, for example, we’re saying that we need to give everybody basic data skills so they can apply this knowledge to their own professional circumstances. These individuals may go on to learn coding, marketing or IT skills that combine to make them a highly skilled worker in their field.

A national scheme will not work without the involvement of businesses and academic institutions. It needs to be a public-private partnership. Businesses are ideally placed both to outline the skills that are needed at any given time and to provide the bulk of the training. Academic institutions have a role in anticipating what skills will be needed in the future and aid in the development of these courses. The government can of course provide the funding and, crucially, promote the scheme to the wider public.

We also have to remember that the reason the skills gap is so acute in the UK is that there simply aren’t enough people embarking on the right careers. A lot of this has to do with the fact that we make important choices, usually without realizing it, at a very young age when we choose what subjects to study in school. By the time we understand what career we really want it is often too difficult to change course. A national training scheme tackles this problem by giving people a second chance.

I am not saying implementing a training scheme would be easy. It would take real investment of time, energy and money to get off the ground. However, if we do not act, the skills gap is only going to get worse and our economy and society will be a lot poorer.

Richard Townsend is CEO and co-founder of Circus Street