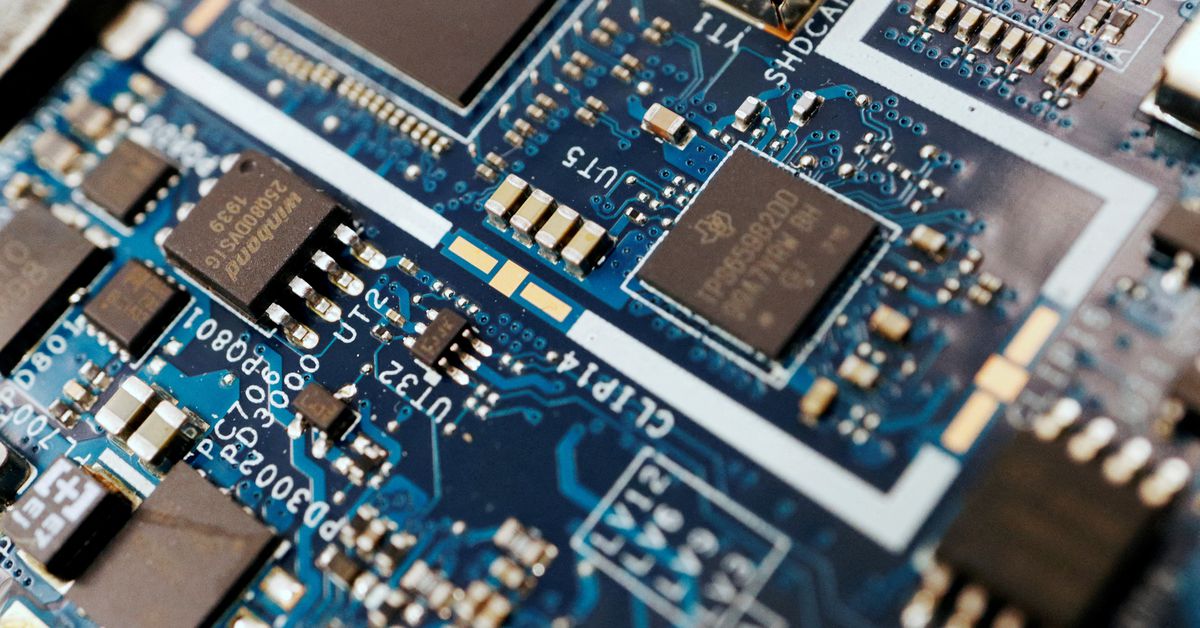 TOKYO, Nov 11 (Reuters) – Japan said on Friday it will invest an initial 70 billion yen ($500 million) in a new semiconductor venture led by tech firms including Sony Group Corp (6758.T) and NEC Corp (6701.T) as it rushes to re-assert itself as a leading maker of advanced chips.

“Semiconductors are going to be a critical component for the development of new leading-edge technologies such as AI, digital industries and in healthcare,” Minister of Economy, Trade and Industry Yasutoshi Nishimura said at a news briefing.

The new chip company will be named Rapidus and aims to start making chips in the second half of the decade, he said.

Japan’s government will likely invest billions of dollars more going forward and wants to lure US and European chip-related companies to the venture, such as International Business Machine Corp (IBM) and ASML Holdings (ASML.AS)a trade and industry official told Reuters, asking not to be identified because he is not authorized to speak to the media.

As trade friction between the United States and China deepens and Washington restricts Beijing’s access to sensitive semiconductor technology, Japan is rushing to revive its chip manufacturing base. It wants to ensure its carmakers and information technology companies do not run short of the key component and that it has advanced chip technology necessary to nurture new fields such as artificial intelligence (AI).

Japan, which once made over half the world’s semiconductors, is also concerned that China may attempt to take control of Taiwan, the current global hub for advanced logic chip production.

In July, Japan also offered a 93 billion yen subsidy to help memory chip makers Kioxia Corp and Western Digital Corp (WDC.O) expand output in Japan. In September, it pledged to give US chipmaker Micron Technology (MU.O) 46.5 billion yen so it can add production capacity at its plant in Hiroshima.

The new chip venture represents the next phase in Japan’s semiconductor strategy and is a further indication of its deepening cooperation in technology development with the United States. The two countries in July agreed to establish a new joint research center to develop faster and more power-efficient next-generation sub 2-nanometre semiconductors, which the Japanese government plans to set up by the end of 2022.